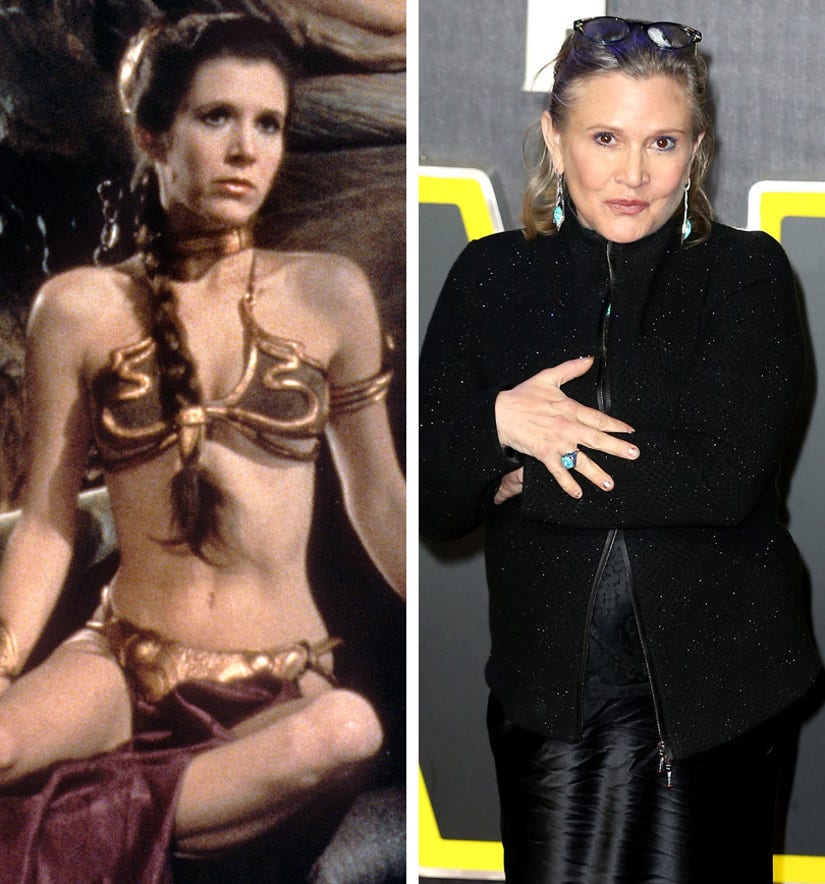 With "Star Wars: The Force Awakens" raking in over $1.16 billion worldwide so far, there's been a lot of talk about Princess Leia -- and, sadly, it hasn't been kind.

Returning to the franchise 32 years after "Return of the Jedi," the 59-year-old actress has apparently been met online by some nasty body shaming as more and more people see the latest flick. Fisher, who was only 19 when she first played the ass-kicking heroine in "A New Hope," took to her Twitter account on Monday to clap back at some of her haters, as only she could.

My body is my brain bag, it hauls me around to those places & in front of faces where theres something to say or see pic.twitter.com/T2TXiEyl17

She also shared a tumblr post from another fan who stuck up for her.

"I get really protective over Carrie Fisher because nerds will go on and on about how cool and great Mark Hamill and Harrison Ford still are, but they'll always be like 'Carrie Fisher sure didn't age well huh' and it's like you know what? f—k you," the fan wrote. "She aged beautifully. she's amazing. she's gorgeous. just because you can't fantasize about her returning to the gross metal slave bikini doesn't mean she isn't exactly as incredibly as her old cast mates."

Carrie has been outspoken about having to drop weight to once again play the space royal, telling Good Housekeeping UK that she felt pressure to slim down for the flick.

"They don't want to hire all of me – only about three-quarters!" Fisher candidly told the publication. "Nothing changes. It's an appearance-driven thing. I'm in a business where the only thing that matters is weight and appearance. That is so messed up. They might as well say get younger, because that's how easy it is."

Having seen the film, we're glad to have Leia back -- and can't wait for her to hopefully have a more integral role in Episode VIII. What do you think of her candid comments ... and "The Force Awakens" in general? Sound off below!