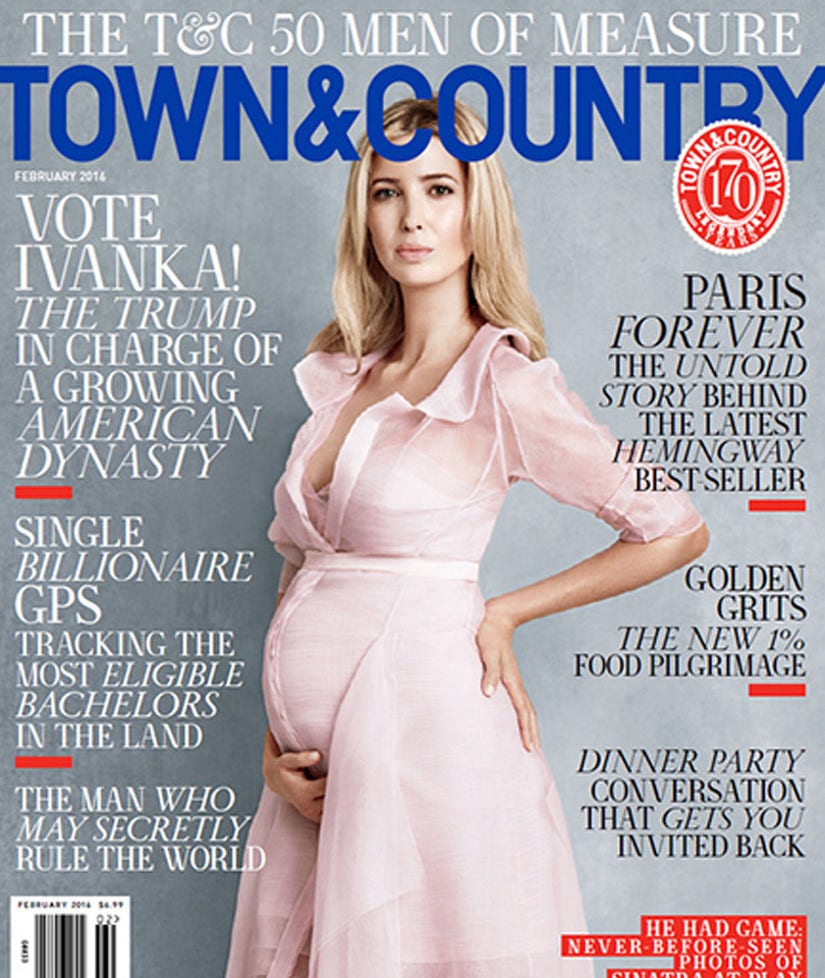 Ivanka Trump is standing by her dad, Donald Trump!

The gorgeous mama-to-be appears in the February issue of Town & Country, where she shows off her growing baby bump and opens up about Donald's controversial campaign trail.

The GOP front-runner has been accused of sexism from a handful of women in politics -- fellow GOP candidate Carly Fiorina and Fox News' Megyn Kelly among them.

But, the 34-year-old wants naysayers to know that her dad is "gender-neutral" and that his "unflattering" comments are equally aimed at both men and women.

"If he doesn't like someone, he'll articulate that, and I think it's also part of what resonates about him," Ivanka tells the mag. "He'll say what he's thinking."

"If he didn't feel that women were as competent as men, I would be relegated to some role subordinate to my brothers," she explains. "I think this is one of his great strengths: He fully prioritizes merit and accomplishment and skill and ability over background, education and gender. This company, over four decades, has always had women in its highest ranks … I think he's one of the great advocates for women, and he has been a great example to me my whole life … He 100-percent believes in equality of gender … [He has] confidence in women to do any job that a man can do, and my whole life has been proof of that."

And while the blonde beauty has no problem talking about Donald, Ivanka obviously doesn't agree with everything he says.

"People ask me, do I ever disagree with my father? It would be a little strange if I didn't," she says.

What do you think about Ivanka's candid comments? Sound off below and check out the gallery above to see more expecting stars!

Make sure to check out the new issue of Town & Country on newsstands Jan. 5!