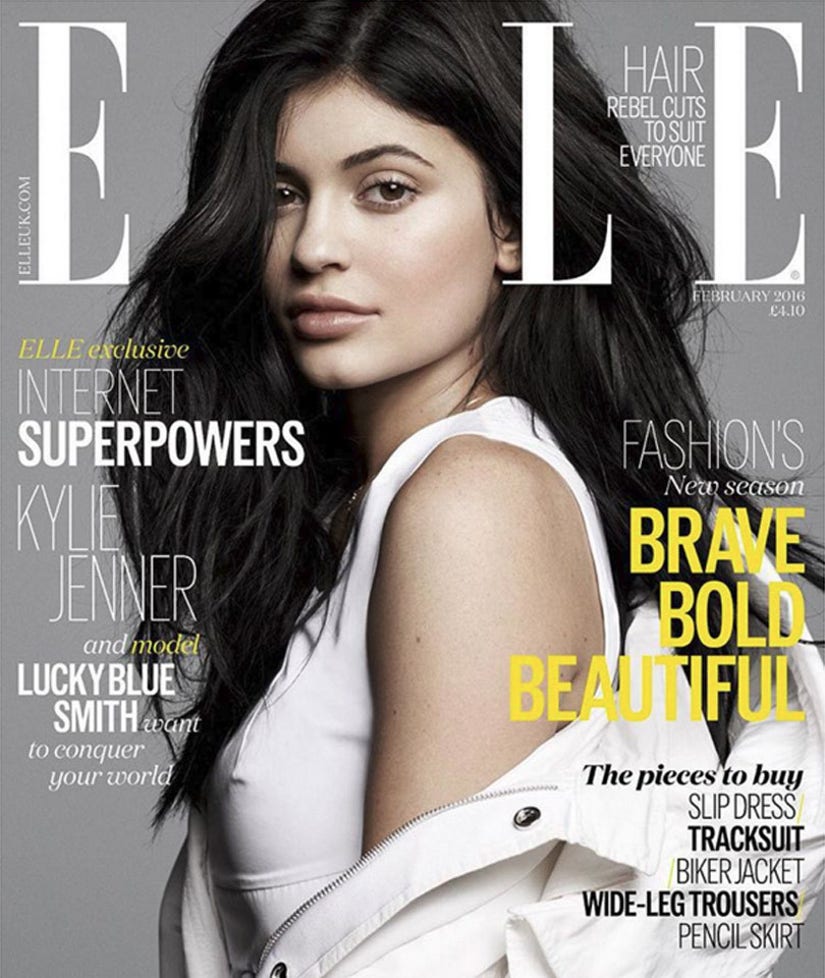 The 18-year-old reality star gave us a sneak peek of her cover on Instagram for the January issue of Elle UK, where she shows off her youthful face sporting some less-severe makeup than we're used to seeing on her.

"What an amazing way to start off the new year. Ahhh! My February cover of @elleuk! Shot by @JanWelters_Official Hair by @hairbyadir Makeup by @PatiDubroff #ELLExKYLIE," she captioned the photo.

In the snap, the "Keeping Up With The Kardashians" star looks flawless with a clean face and tousled hair. She compliments her minimal beauty look with a white tank and jacket.

The mag also shared a behind the scenes video of the teen, where she opens up about being a '90s kid and admits she knows nothing about one of the most iconic TV shows from the decade!

But that's not the only gem from Kylie's interview with Elle.

In an excerpt from the publication, she reveals where she sees herself at 95 and at what point she'll quit social media.

"I would love to have a family and build a home with a farm in Malibu Canyon and just have my kids and throw away my phone, and just really, like, live my life and not do this anymore," she dishes. "Once I have a kid I'm not going to be on Instagram," she continues. "You know, I'll probably delete my Instagram and just...I don't know, live life."

What do you think of Kylie's cover? Sound off below then click "Launch Gallery" for more of her changing looks!