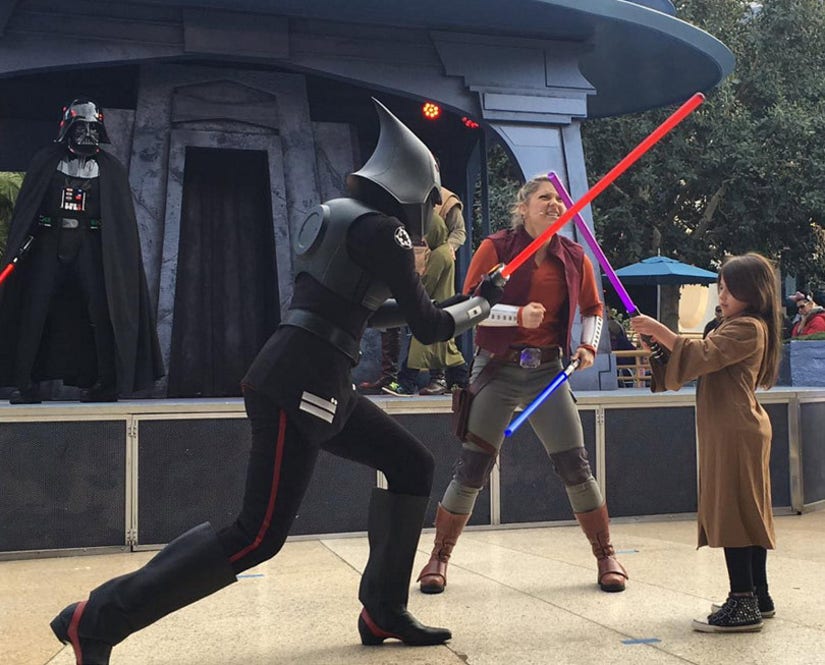 The Force is strong with this one.

Sarah Michelle Gellar and daughter Charlotte visited Disneyland's Season of the Force this week, where the 9-year-old cutie continued her family's "Star Wars" legacy by taking part in the Jedi Training Academy.

Both Gellar and hubby Freddie Prinze Jr. provide voices for the series "Rebels," with Freddie doing voice work for Kanan Jarrus while his wife plays the villainous Seventh Sister.

In fact, little Charlotte actually went head-to-head against her mom's cartoon alter-ego during her training -- as she's seen above donning a Jedi robe and lightsaber while facing off against the helmet-clad assassin.

"No biggie...just my #daughter in an epic #lightsaber battle with my character at #disneyland," the 38-year-old mom captioned the pic. "Dreams do come true #seventhsister #jediacademy #starwars #rebels"

Earlier this year, the "Buffy" alum revealed she took on the role in the Disney cartoon to gain some "street cred" with her daughter.

"I'm tired of it being, 'Charlotte's daddy's a Jedi, and Charlotte's mom drives carpool,'" she told Hypable back in November. "I was also really hoping that finally get some cred with the kindergarten crowd!"