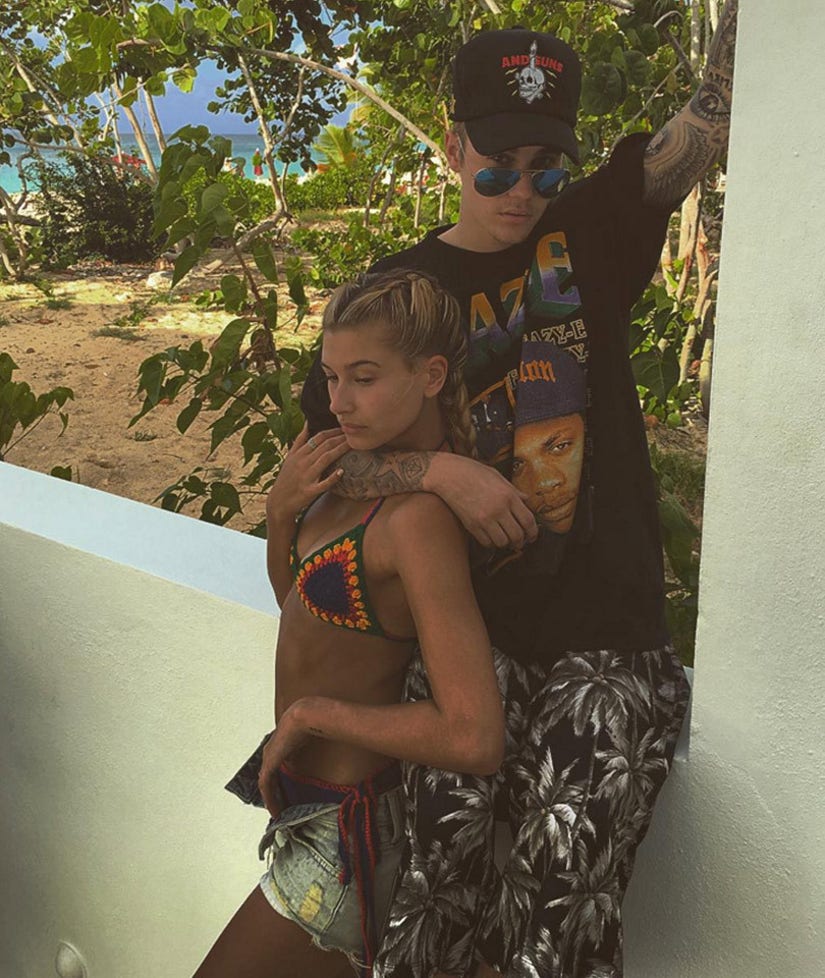 Justin Bieber and Hailey Baldwin sure look like they're having fun in the sun -- and it's making his fans angry!

The "Sorry" singer took to Instagram on Tuesday and sent Beliebers into a frenzy by posting several photos from a tropical vacation with the 19-year-old model.

In one snap the inked-up 21 year old stands with his arm around Baldwin, who rocks a colorful crochet bikini, cutoff shorts and french braids. The Biebs looked laid back in an Eazy-E t-shirt, board shorts, a hat and aviators.

But that's not the only glimpse Justin gave of his vacation with Hailey, who is the daughter of actor Stephen Baldwin. The Canadian bad boy posted a video goofing off with the blonde beauty as he sticks his finger in her ear.

"She thought we were taking a photo," he captioned the video.

However, fans didn't take the social media posts lightly, assuming that the two are an item. You have to check out some of the comments on his Insta page -- they're just brutal!

The pair, who are on the trip with Justin's dad Jeremy Bieber and younger siblings, are no stranger to romance rumors and even addressed the speculation earlier this year.

"We're just friends. I've known him for a long time, since I was about 13," Baldwin told E! of the friendship. "He's just going through a time in his life where he's transitioning in a really positive way and he needs good people around him. And I'm trying to be a good friend and be there for him and support him."

Do you think these two are more than friends? Tell toofab in the comment section below!