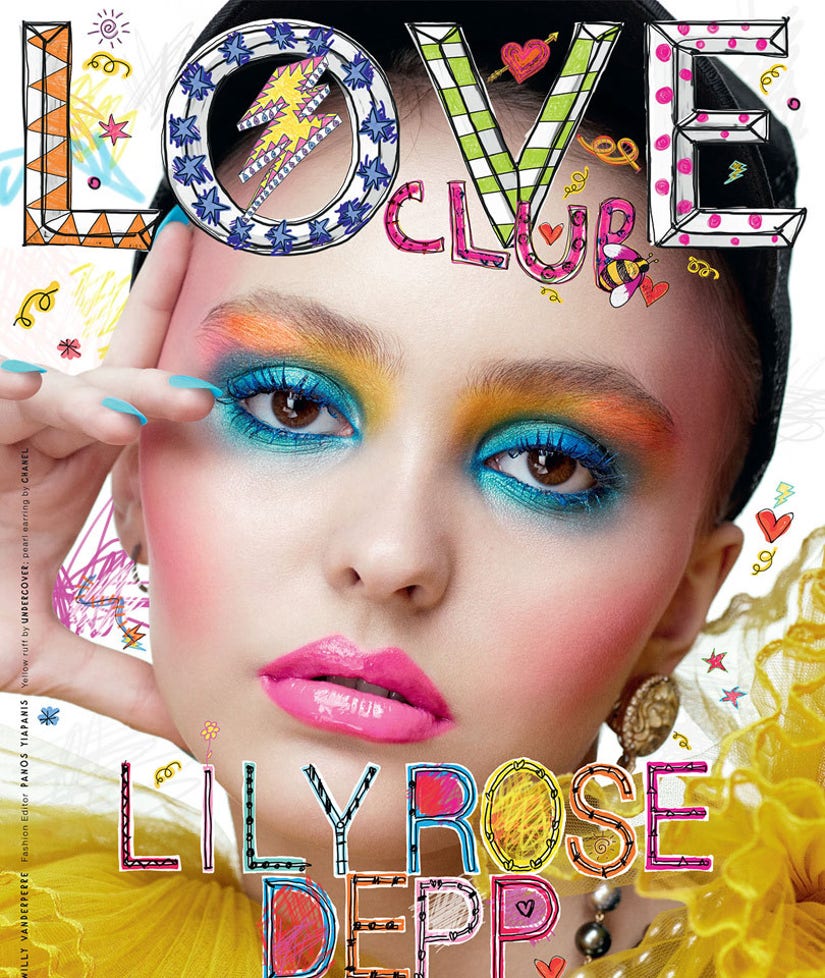 Lily-Rose Depp is following in the footsteps of her famous family!

The daughter of Johnny Depp and Vanessa Paradis covers the Spring/Summer 2016 issue of Love magazine, where she opens up about her budding acting career.

The 16-year-old -- who looks gorgeous on the cover rocking retro makeup -- says she first got the acting bug two years ago, just before she landed a role in Kevin Smith's horror/comedy "Tusk."

"It was on 'Tusk' and it was so fun!" she tells the mag of her first movie set experience. "That was when I realized I wanted to be an actor. I was also surrounded by friends and family so it was a great experience!"

While Depp's already an established model, she says there's one big difference she prefers in acting over modeling. "Acting is more emotional," she explains.

Lily likewise reveals that her dream director to work with would be Quentin Tarantino -- but, where does the model see her career going?

"I don't have any plans in particular, I just know this is what I want to do and I want to work hard at it, and hopefully keep finding roles as beautiful as the ones I've already been lucky enough to come across," she confesses.

We're definitely excited to see what this beauty does next -- what do you think about the actress' candid comments? Tell toofab below and check out the gallery above to see more model celebrity offspring!

Make sure to pick up the new issue of Love on newsstands February 8th!