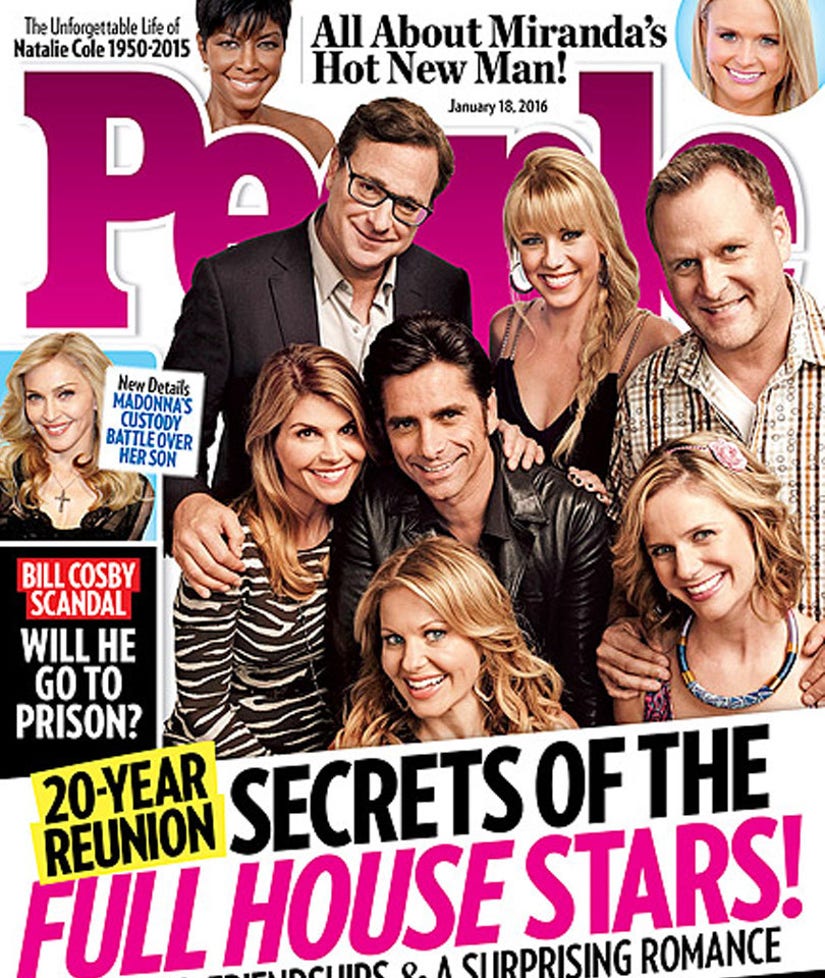 The cast of "Full House" reunited for a special 20-year-reunion cover of People magazine -- and it's getting us super pumped for their new Netflix series, "Fuller House."

The entire clan pose for an epic family photo on the cover, with Bob Saget, Jodie Sweetin, Dave Coulier, Lori Loughlin, John Stamos, Andrea Barber and Candace Cameron Bure all looking thrilled to be together again.

Inside the mag, executive producer Bob Boyett reveals exactly what happened when the twins -- who played Michelle Tanner on the iconic series when they were just 9 months old -- were approached to join the reboot.

"Ashley said, 'I have not been in front of a camera since I was 17 and I don't feel comfortable acting,'" Boyett says. "Mary-Kate said, 'It would have to be me because Ash doesn't want to do it. But the timing is so bad for us.'"

And while it seems like Mary-Kate could have possibly been part of the project, ultimately their hectic schedules as the designers of The Row and Elizabeth and James, conflicted with production.

Their fellow cast mates were disappointed at first, but understood why they were reluctant to sign on.

"They're family members," Coulier tells the mag. "But I think they have a different perspective. When we get together and we reminisce, they were babies [at the time]. So they don't share those same memories. I can't really speak for them but I would understand why they don't have the same sentiments that we all do."

How excited are you for "Fuller House"?! Sound off below then click "Launch Gallery" to see the entire cast of "Full House" then and now!