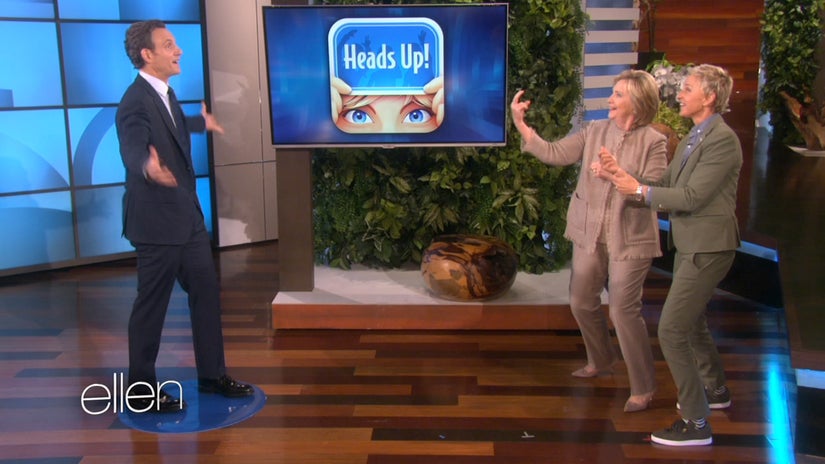 Hillary Clinton is getting in the competitive spirit!

The Democratic front-runner appears on "The Ellen DeGeneres Show" on Monday, where she plays a hilarious game of "Heads Up" with "Scandal" star Tony Goldwyn.

Check out the sneak peek video above to see Hillary and Ellen act out everything from selfies to paparazzi!

Before nailing moves with Ellen, Hilary revealed her staff's a huge fan of the game.

"We thought we'd play a little round of Sidekick Heads Up! because I know that you're entire staff plays Heads Up! all the time," Ellen told the seasoned politician.

"They do actually. I mean they stay up -- I don't know they're supposed to be working on the campaign -- and they're staying up until like 3, 4 o'clock in the morning at the headquarters playing this," Clinton revealed.

Sounds like Hillary's campaign is a lot of fun to work on! What do you think about Clinton and DeGeneres' moves? Tell toofab in the comment section below!