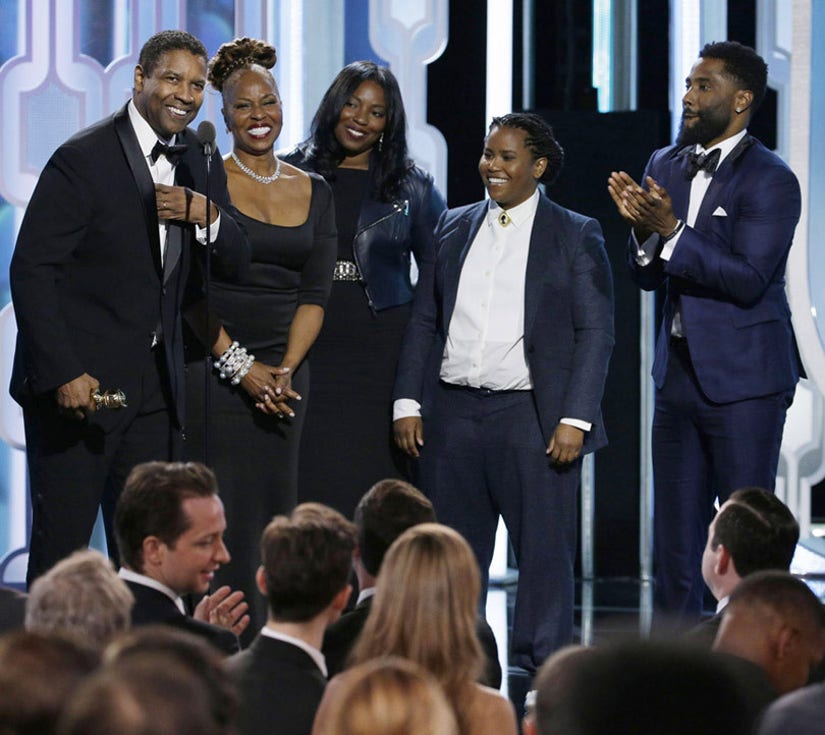 Denzel Washington has had one amazing career!

The actor was presented with the Cecil B. Demille award for at the 2016 Golden Globes on Sunday, where he hit the stage with his wife Pauletta Washington and three of their four children, John, Olivia and Katia.

The "Flight" actor was nearly speechless when he took the stage, after being introduced by friend and former "Philadelphia" costar Tom Hanks.

"Thank you. I'm missing one -- our [son] Malcom, filmmaker. He's working on his thesis at AFI," Washington told the audience. "He will give you a job one day after me."

Admitting that he forgot his glasses, Denzel even leaned on his wife for a little help.

"You really do forget everything you're supposed to do," he said while squinting to read a piece of paper with his speech.

"You need your glasses," his wife Pauletta asserted. "I can see without them," he assured her.

It was a pretty incredible moment for the "Training Day" star, and his family looked equally ecstatic to be by his side for the award.

What do you think about Denzel's special family moment? Tell toofab in the comment section below and check out the gallery above to see more fun photos from the night!