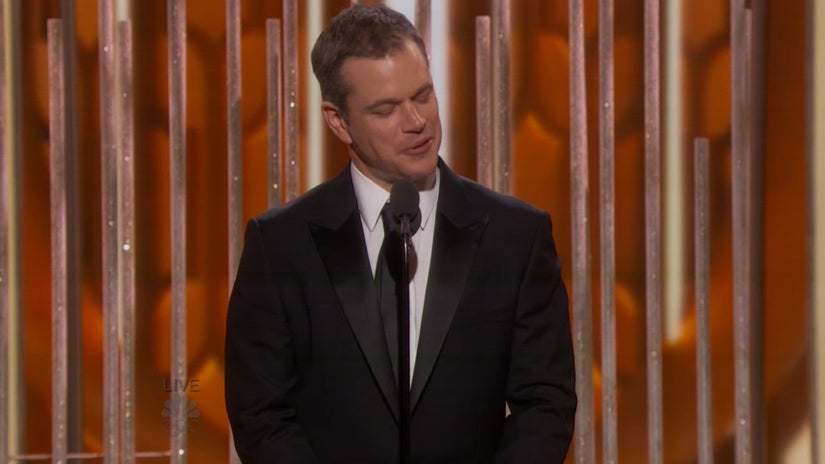 Ben Affleck didn't attend the 2016 Golden Globe Awards on Sunday night, but he was still the target of Ricky Gervais' jokes.

When the host was introducing Matt Damon, he poked fun at his "Good Will Hunting" partner's split from Jen Garner.

"Our next presenter is the star of the hilarious comedy, 'The Martian,'" he said with a laugh. "He's also the only person who Ben Affleck hasn't been unfaithful to. Please welcome, Matt Damon."

When Damon hit the stage, he couldn't help but laugh at the joke. In fact, he had to take a moment to get himself together before he started reading off the teleprompter. He even laughed through the first part of his dialogue as the camera panned to a giggling Brad Pitt.

You've gotta watch the clip above -- it's amazingly awkward!

Affleck wasn't the only target during the star-studded award show.

Do you think he's taking things too far or is just enough comic relief? Sound off in the comment section!