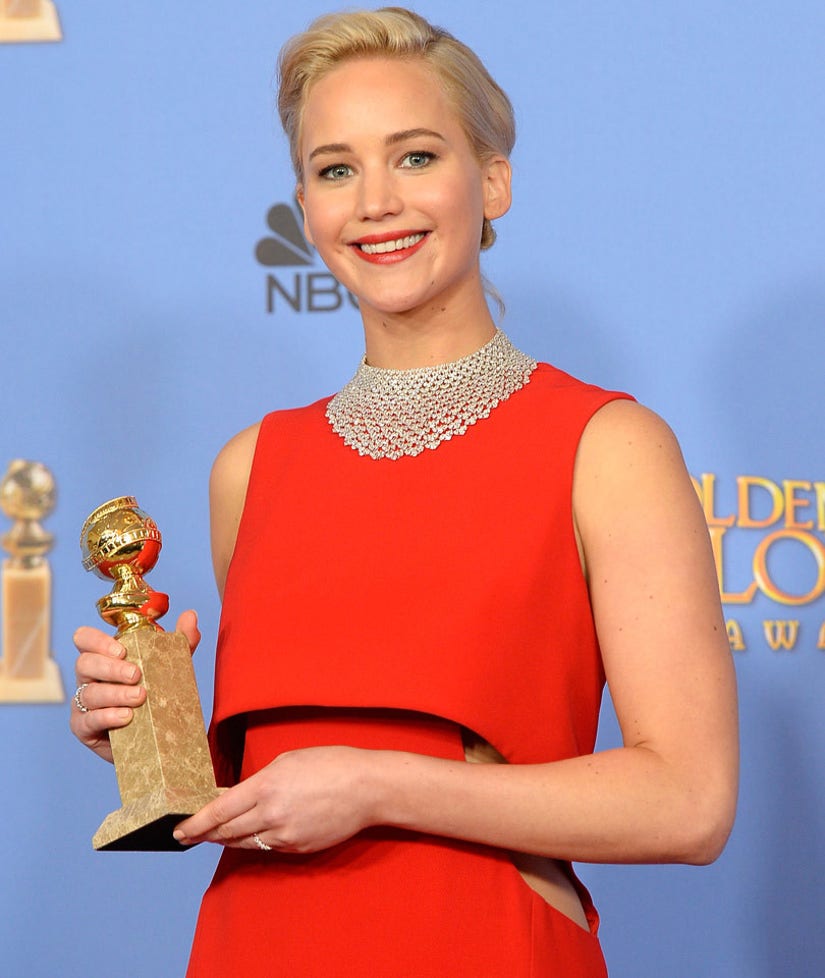 She may be America's current Sweetheart, but Jennifer Lawrence managed to tickoff a lot of people last night.

The Golden Globes victor answered a few questions in the press room after her Best Actress win for her role in "Joy" Sunday night, where she took a joke too far with one reporter.

First, J.Law stopped the reporter in the middle of his question to ask him to put his phone down. "You can't live your whole life behind your phone bro," she said.

Then the journalist asked the 25-year-old about the 2016 Oscars ... where she interrupted him again.

Jennifer Lawrence calls out a reporter for using his phone backstage at the #GoldenGlobes https://t.co/anWeQCsIL6

"We're at the Golden Globes," she corrected him, while misunderstanding the question herself. "If you'd put your phone down, you'd know that."

While we're sure Lawrence was just trying to have a little fun, people quickly took to Twitter to share their opinions on what happened.

"Jennifer Lawrence is awful the reporter was clearly not a native English speaker he needed his phone to make sure he read the question right," one user posted. "We gave Jennifer Lawrence too much love and she turned evil now," a different person commented.

"Jennifer Lawrence wants to be America's sweetie with the tumbling and sh*t on stage. Her disrespect of a foreign reporter was classless," another wrote.

"It's like Jennifer Lawrence tries to be funny but it comes off as rude sometimes," one fan shared. "She didn't have to out the reporter like that."

Overall, it sounds like most of Twitter was in agreement about the interview -- what do you think about the "Hunger Games" star's comments? Sound off below and check out the gallery above to see more memorable moments from the night!