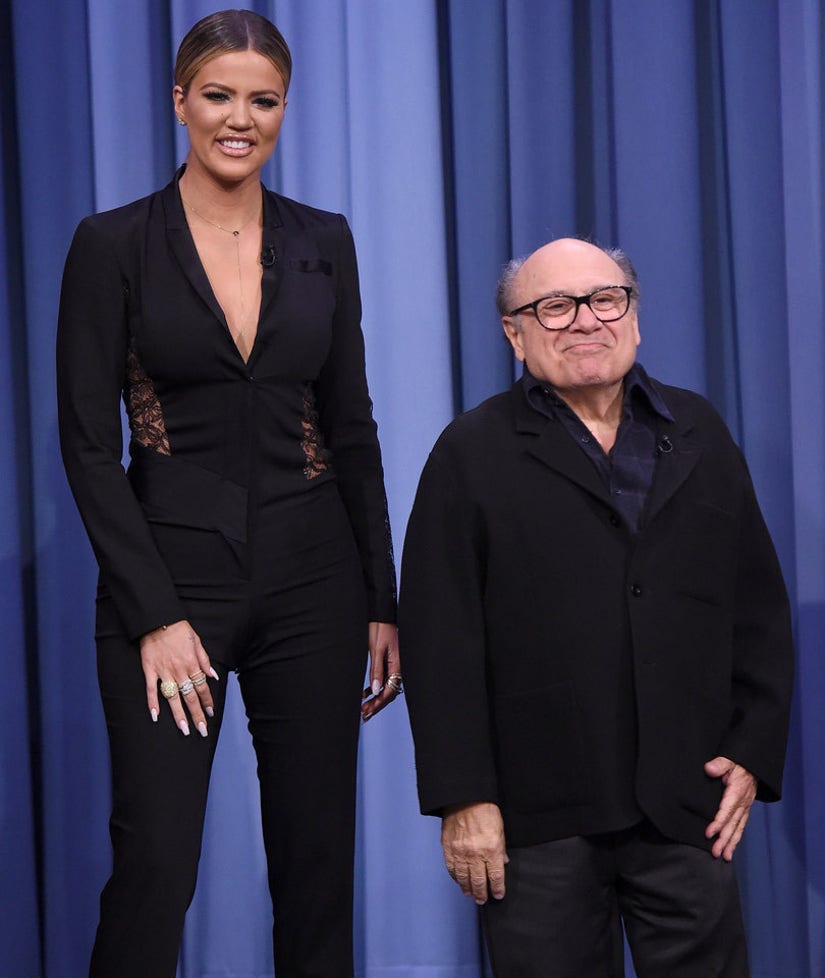 Talk about an unlikely pair!

Khloe Kardashian and Danny DeVito teamed up for a rousing game of charades on "The Tonight Show" on Wednesday night, taking on the late night host and his partner, Norman Reedus.

The reality star, who is 5'10", poked fun at the actor's short 5' 0" stature on Instagram by referencing one of his classic movies.

"Have you seen the movie Twins?!?! With Arnold Schwarzenegger and Danny DeVito?! I'm Arnold.... Danny plays himself," she captioned a pic with the vertically challenged star.

During the game, things started off well for Reedus and Fallon when DeVito spent a full 30 seconds acting out “cheerleader,” only for Khloe to first guess every other dance move.

But it was the final clue for Kanye West's "Gold Digger" that decided the game.

With West as part of her famous family, you would think Khloe would have an advantage. Check out the clip to see who comes out on top!

Not only is the "Kocktails With Khloe" star creating buzz for her charade skills, but she's also getting noticed for her latest booty-baring outfit.

She stepped out in New York City rocking a long-sleeved, leopard catsuit, which showcased all the right curves.

Not a lot of people could pull this off, but Khloe's bod has never looked better.

Do you like her wild look? Sound off below!