Brooke Shields is opening up about her ex-husband Andre Agassi -- and his tell-all memoir that mentioned some unsavory tidbits about their marriage.

The gorgeous actress stopped by "Watch What Happens Live" on Thursday, where she dished about Agassi's 2009 autobiography and threw a little shade at her ex tennis player beau, who she was married to from 1997-1999.

Check out the clip above to see what Brooke had to say about some of the meaner things he wrote about her!

When a caller asked what she thought about Andre's book, Brooke confessed she's only read the parts that she was in.

"I was asked to read it by him, so that I could correct things that I believed were not correct," the 50-year-old explained to host Andy Cohen. "He told me his memory was not that good so he called me in." 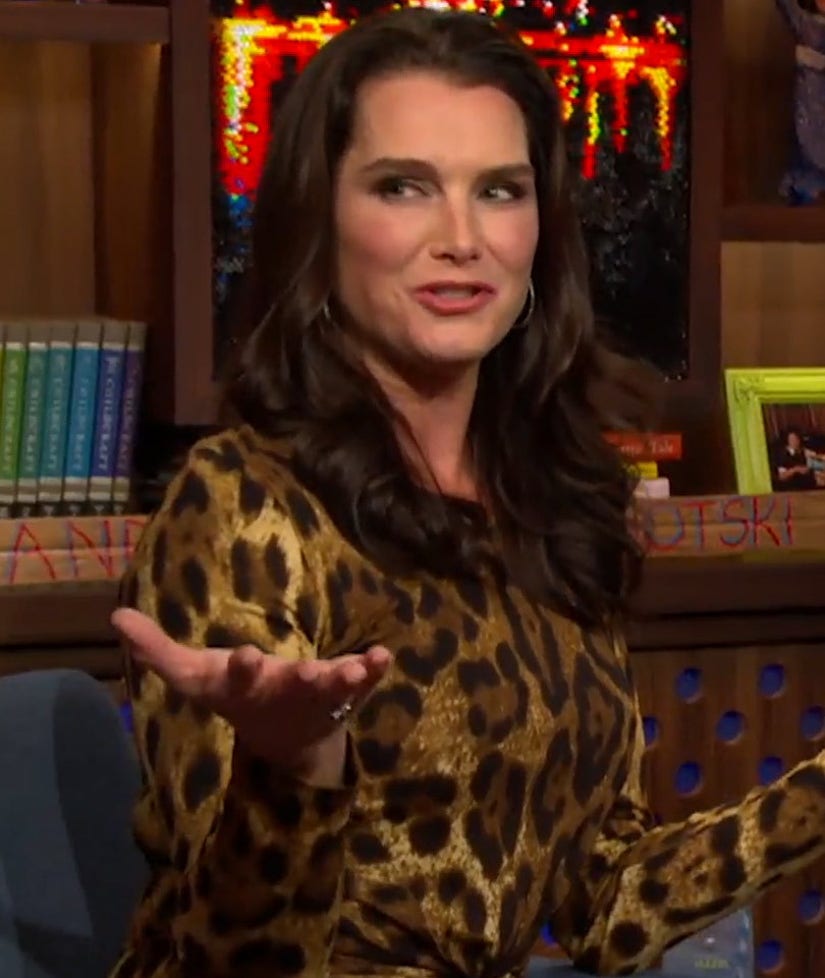 "I spent five hours with his ghost writer, umm I write my own books FYI," she said, while shading her ex's writing skills.

"Anyways, I went and I corrected things that were not as I remembered them chronologically and I have diaries of everything, and then I got a letter back that said 'I am so sorry, I couldn't change anything because it wasn't how I remembered it.' It's the oldest trick in the book and I just didn't get it."

Though Shields didn't get any of her changes added into Agassi's novel, she's not concerned about what he wrote about her. FYI, the book included passages like this: "I have a thought no man should have on his wedding day: I wish I were leaving too. I wish I had a decoy groom to take my place."

"With all due respect, I did not come across as badly as people thought he might have wanted [me] to," she said. "But that's not who he is."

It definitely sounds like there's not too much bad blood between these two -- what do you think about Brooke's book shade? Sound off below and check out the gallery above to see more women of the '90s then and now!