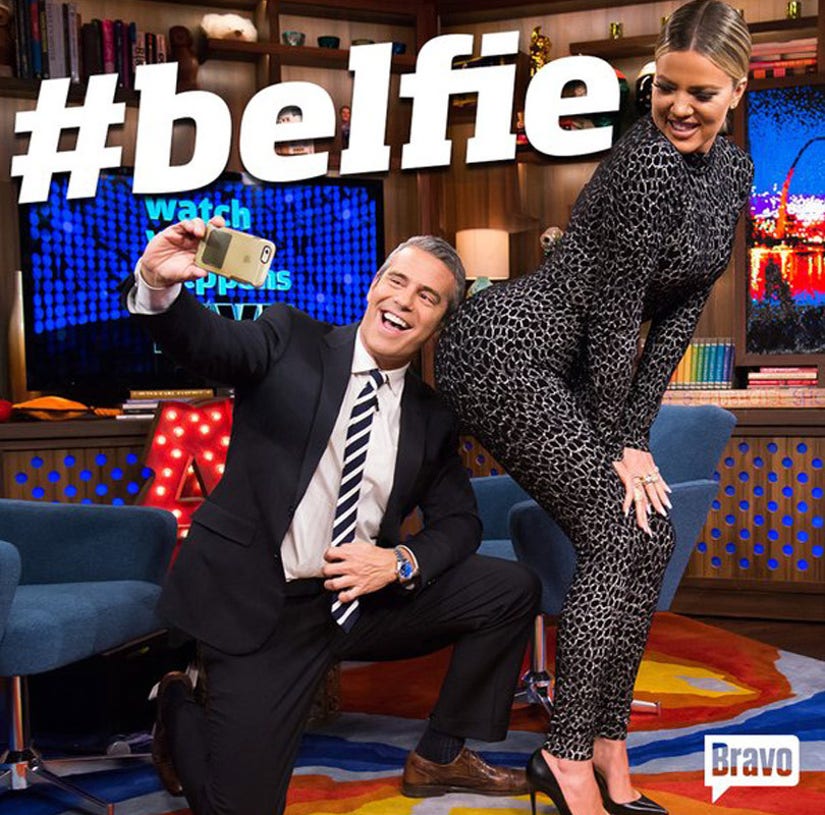 Khloe Kardashian was a true champ on Sunday's episode of "Watch What Happens Live," where she didn't hold back talking sex tapes, Justin Bieber, Amber Rose, feuds with Amy Schumer and Rebel Wilson and yes, played one EPIC game of Shag, Marry, Kill with her sister's beaus.

The reality TV star was open as can be during a round of "Plead the Fifth," where she answered everything Andy Cohen threw at her.

First up: Which of her sisters' other halves would she hook up with?

"Marry Kanye [West], shag Scott [Disick], kill Tyga," she revealed when put on the spot. "There's no reason why," she quickly added.

She then spilled the tea on Bieber, revealing that neither Kendall, Kylie or Kourtney have hooked up with him, despite recent rumors that Kourt rebounded with the "Sorry" singer after splitting from her baby daddy.

Khloe revealed that Rebel Wilson actually apologized to Kylie and Kendall following her epic diss of the entire clan last year, saying the "Pitch Perfect" star actually sent them flowers. Kardashian added that the Amy Scuhmer slam bothered her a little more, but looking back, it wasn't that bad.

Later in the show, Khloe revealed that Kim Kardashian isn't the only one in the family with a sex tape.

"I've definitely recorded myself having sex with my ex-husband," she told Andy in an especially candid moment, "but not like talking to camera."

Don't expect that one to leak anytime soon though, as she says she keeps it locked up in her safe!

During the after-show, the 31-year-old was dared to say three nice things about Amber Rose, who the entire family has had major beef with in the past.

"I think she has great style, I love how confident she is and I think she has an adorable child," she safely replied. With Amber saying some nice things about them on the show as well back in October, think this feud is officially behind them all?

What do you think of Khloe's incredibly open convo? Sound off below!