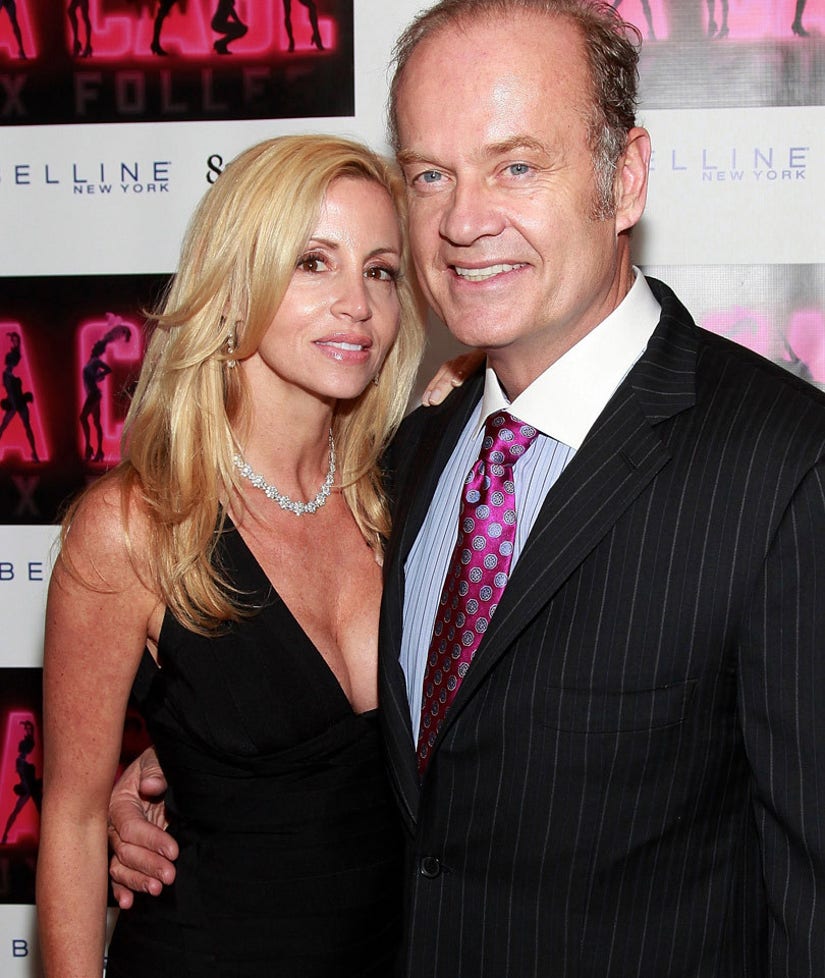 Camille Grammer split from ex-husband Kelsey Grammer in 2010, but their relationship is still rocky.

The "Real Housewives of Beverly Hills" star stopped by "Watch What Happens Live" on Tuesday, where she slammed the actor and his parenting skills.

"There is none [no relationship]," she said. "He still refuses to talk to me regarding the kids... It's very difficult on the children. It's terrible."

Instead of talking directly, the estranged pair usually communicates through their nannies or another third party.

The couple went through a very public divorce, which was documented during season one of Bravo reality show, following the "Frasier" star's affair with his now-wife, Kayte Walsh.

Camille opened up Andy Cohen about the split even more last year, calling her ex a "total d***."

They had two children together by surrogate, 15-year-old daughter, Mason, and 11-year-old son, Jude.

While Camille is still dealing with the fallout from her divorce, she has moved on. "I'm seeing somebody, and he's in the audience. The cute Italian guy."