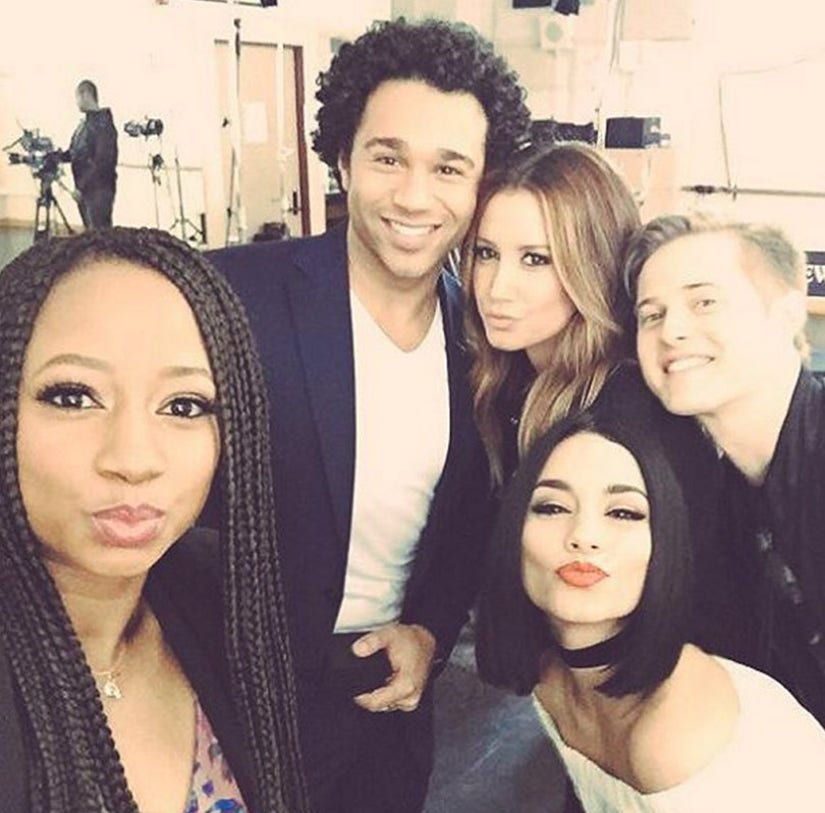 The cast of "High School Musical" is taking a trip down memory lane!

In honor of the hit Disney Channel original movie's 10th anniversary, Vanessa Hudgens, Ashley Tisdale, Corbin Bleu, Lucas Grabeel and Monique Coleman all reunited in East High's gym for a TV reunion on Wednesday to reminisce about filming the flick that turned them into stars.

The highlight of the special was when the cast watched each of their audition tapes from back in 2005. First up was Ashley and Lucas' screen test as brother-sister duo Sharpay and Ryan. In the clip, the now 30-year-old actress sports blonde hair and bangs as she stays perfectly in character as the mean girl. Grabeel even revealed that after the audition the actress gave him some notes on the performance.

We also got to see Corbin and Monique's tape, where the fresh faced stars both sport similar hairstyles!

But the highlight was Zac and Vanessa's audition, where the then-teenage stars recited some lines as Gabriella and Troy.

"Do you remember in kindergarten, how you'd meet a kid and know absolutely nothing about them and then 10 seconds later, you're playing like you're best friends, because you didn't have to be anything but yourself?" Hudgens asks Efron. "Singing with you felt like that."

"You're so sweet, and beautiful and perfect," Coleman said to Vanessa, who couldn't contain her embarrassment.

Sadly, the "Neighbors" star was MIA for the get together, but he did film a pre-taped message for fans and his former cast mates -- where he revealed his favorite scene from the movie and thanked everyone for making the film a success.

Watch the entire clip above then check out the gallery to see the entire "HSM" cast then and now!