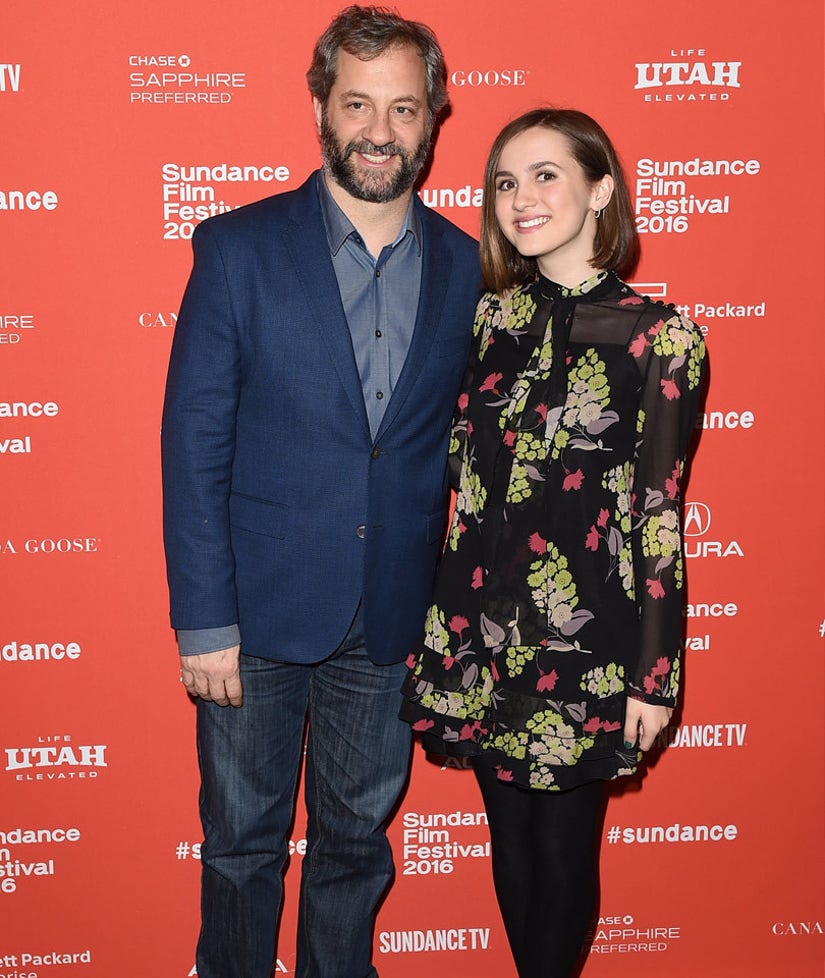 She's not a little girl anymore!

Judd Apatow and his 17-year-old daughter Maude attended the premiere of her new film, "Other People," at the Sundance Film Festival in Park City, Utah on Thursday.

Apatow and wife Leslie Mann's daughter looked all grown up wearing a sheer floral-printed shift dress, black leggings and black booties as she posed for photos outside the premiere with her director dad. Judd looked handsome too, wearing a blue blazer, denim button down and jeans.

The brunette cutie likewise made a recent cameo on the hit HBO series "Girls" in 2015, where she appeared in four episodes.

It's definitely exciting to see that the couple's daughter is continuing a career in film and TV!

"Other People" follows the story of a struggling comedy writer (Jesse Plemons) dealing with a tough breakup, who returns to his hometown of Sacramento to care for his dying mother (Molly Shannon).

We can't wait to see what the talented teen does next! What do you think about their father-daughter red carpet appearance? Tell toofab in the comment section below and check out the gallery above to see more stunning celebrity offspring!