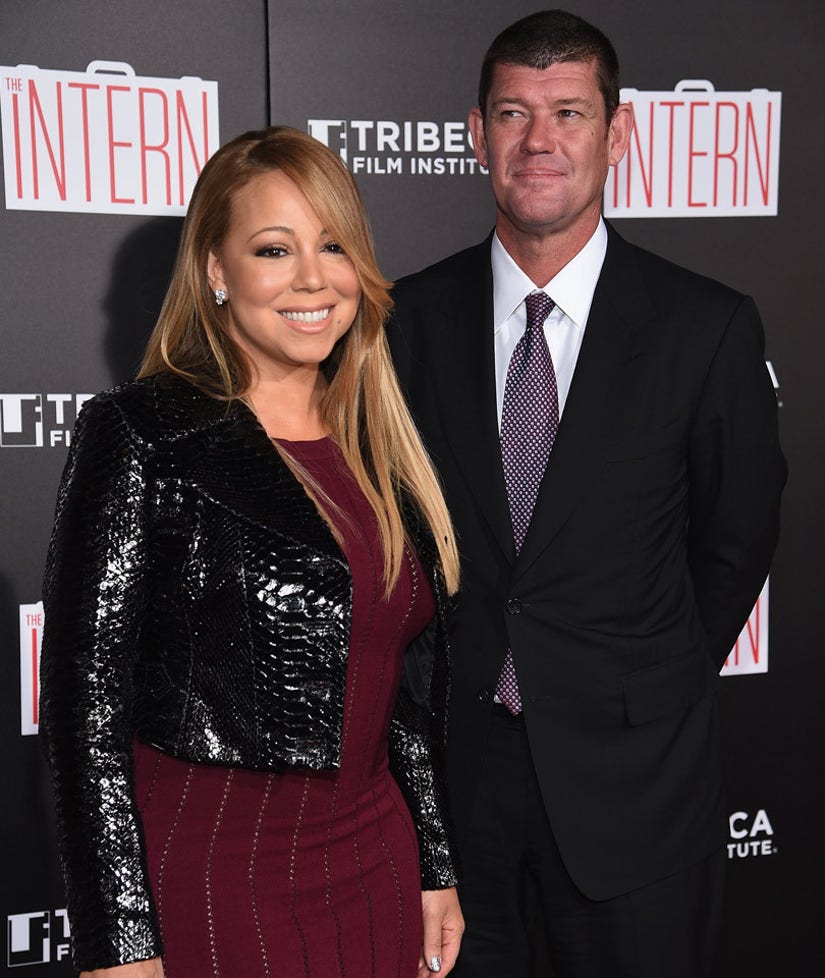 Packer held a private dinner for the "Butterfly" singer with her a few of closest friends as Eleven Madison Park, where he proposed to Carey with one giant rock.

Though the cute couple only started dating in June, they've been nearly inseparable ever since. James even spent the holidays with the 45-year-old and her twins Moroccan and Monroe in Aspen.

This will be the third trip down the aisle for Carey. Mariah split from ex-husband Nick Cannon, the father of her 4-year-old twins, in August 2014 and Cannon filed for divorce from the singer in January 2015. Mimi was also married to music executive Tommy Mottola from 1993-1998.

While most are excited for the duo, comedienne Chelsea Handler couldn't help but share her less-than-enthused reaction online this morning. The "Chelsea Does" star took to Twitter to crack a joke at the "Hero" singer's expense on Friday.

How can people keep proposing to Mariah Carey?

We can't wait to see Carey say "I do" ... again! What do you think about the R&B singer's engagement news? Sound off below and check out the gallery above to see even more celebrity wedding and engagement bling!