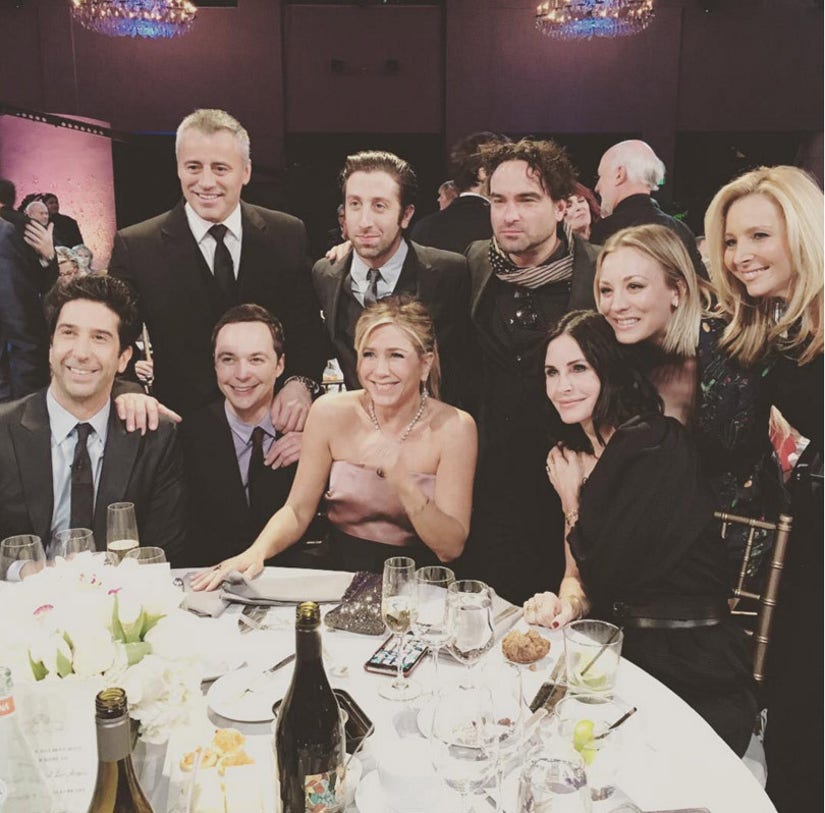 Could we be more excited about this?

The cast of "Friends" -- or at least most of them -- reunited on Sunday night to honor TV director James Burrows, and it's giving us major Must See TV flashbacks!

The group posed for a photo with the cast of "The Big Bang Theory" inside the event, in a shot that was excitedly uploaded to Instagram by both Kaley Cuoco and Johnny Galecki. "Ummmm NIGHT MADE. Can't breathe #friends meets #bbt @bigbangtheory_cbs I died and went to heaven," Kaley captioned the shot. "And then this happened. #TBBT #friends," Galecki commented on his version of the pic.

While we're absolutely thrilled to see 5 outta 6 of them together again, the reunion was bittersweet with Perry's absence. So, where was he?

The actor is currently starring in the play "The End of Longing" in the U.K. right now and couldn't make it for the gathering.

Perry, 46, actually opened up about his time on the long-running series in an interview with BBC Radio 2 over the weekend, getting candid about his well-documented drug use during the '90s and '00s. When asked to name his least favorite episode, he had a hard time remembering the specifics.

"I think the answer is I don't remember three years of it, so none of those," he told host Chris Evans (no, not Captain America). "I was a little out of it at the time. Somewhere between seasons 3 and 6."

We'll see the gang -- minus Perry -- back on the small screen together again when "Must See TV: A Tribute to James Burrows" airs Sunday, February 21 on NBC. 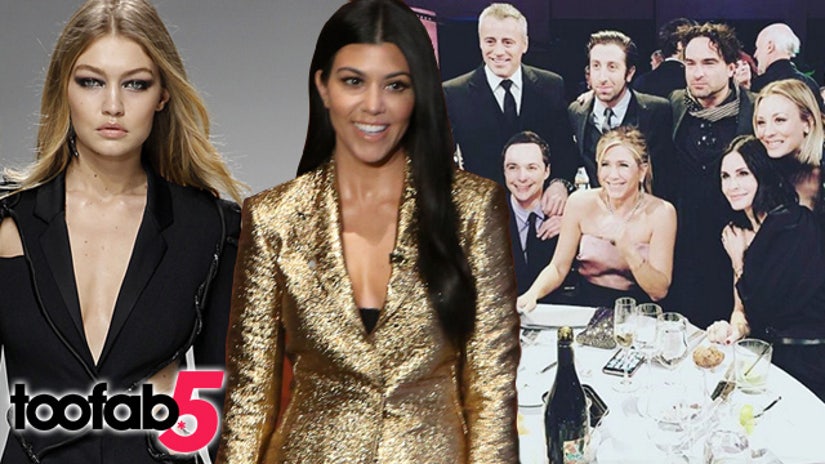