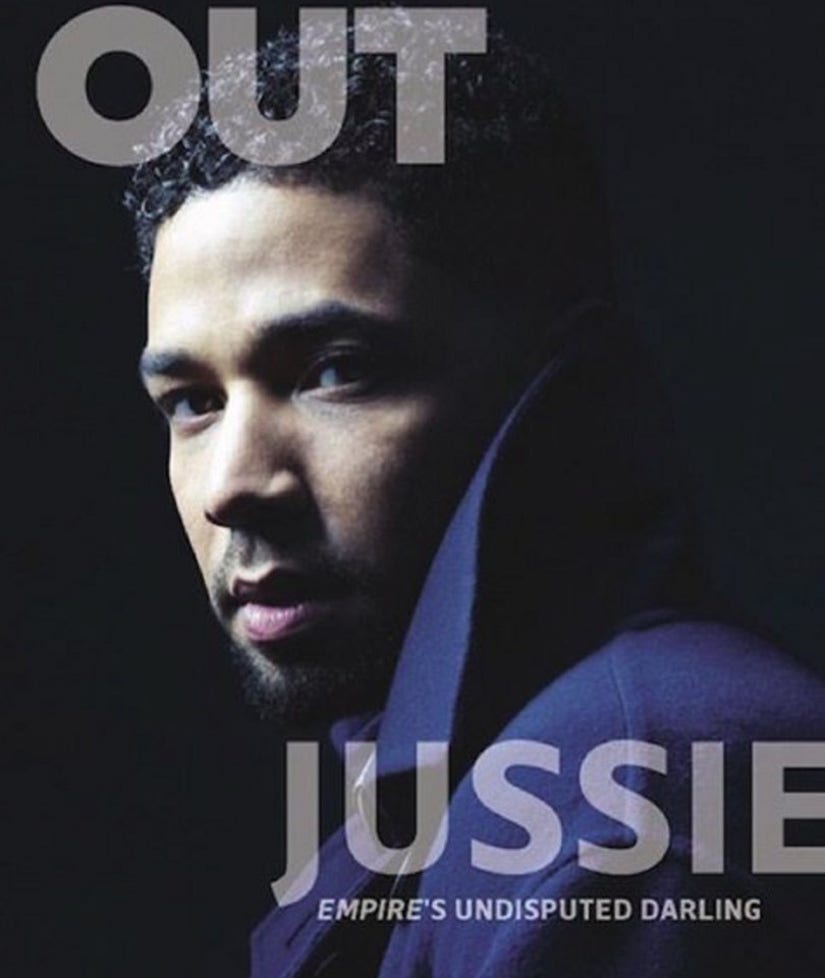 Jussie Smollet is getting candid about his sexuality.

The "Empire" star smolders on the cover of Out magazine's March cover. Inside, he opens up about his identity as a gay man in Hollywood and reveals why he decided to come out publicly on Ellen last year.

"I was like two months deep into this fame thing. The second you say something, they want that to be your storyline forever," he says. "That narrative doesn't interest me at all. I was ready to talk about it. She told me, 'You don't have to.' I will be forever grateful to Ellen for the kindness she showed me. And that made me want to talk about it.”

While Smollet says he "would label himself as a gay man," he also is open to all types of love even if that means being with a woman.

"I believe that love is the only thing that matters, and I would hope that anybody would leave themselves open—not to gender, but to love," he explains. "I would hope that people would not close themselves off from what could be if, lo and behold, you meet somebody that just sweeps you off your feet, and you just can't do anything about it."

"If we truly believe that we are born this way, then why do we try to stifle the way we were born? If I fall in love down the road with a woman, I'm going to love that woman," he adds.

During the candid interview, Smollet also opens up about the pushback he received when he wanted to speak out on violence against communities of color.

"I was told by two executives, 'You know, maybe just wait. Just wait,'" he tells the mag. "My response was, 'But they're listening now.' And if millions of people are listening, you should say something worth hearing."

"People were telling me, 'Don't do it.' But I felt like, if I lose my career based on this, then I don't need that career," he continues. "I know damn well that this is the career for me, but I don't know how to turn a blind eye."

What do you think of Jussie's candid comments? Tell toofab in the comment section below.