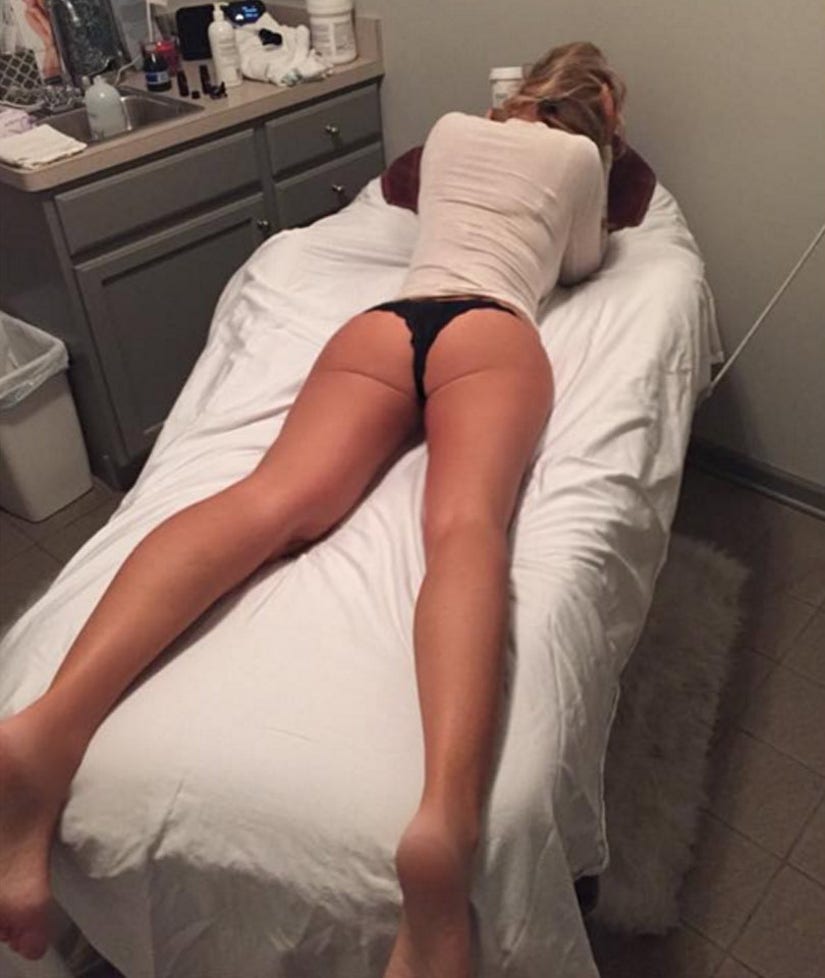 Kim Zolciak is keeping it tight!

The "Don't Be Tardy" star took to Instagram on Monday to share a behind-the-scenes look at a last minute beauty treatment she received right before heading out on another vacation.

In the pic, the 37-year-old lays face down on a bed while wearing a white shirt and black underwear, giving us a close look at her toned booty and legs.

According to the spa's website, the Venus Freeze reduces the appearance of cellulite and wrinkles, and tightens the skin.

While the former "Real Housewives Of Atlanta" star's figure looks flawless, she's come under fire in the past by haters who claim she alters photos of herself to look slimmer, in particular photoshopping her thigh gap.

In December, the mom-of-six took to Instagram to slam the rumors, saying that her figure was all hers!

"Date night but only have an hour! Gotta make time even if it's quick," she captioned the pic. "I don't need to stick my butt out or point my feet in to have a thigh gap I have one even if I stand on my head #BornWithIt #ILoveYouJuicy #IDontPostForYourOpinion #ItsMYIGSoIPostPicsOfMe #ThatsNothingNew BOOTS ARE FREEPEOPLE."

What do you think of Kim's latest photo? Sound off below then click "Launch Gallery" for more star's who've gone under the knife!