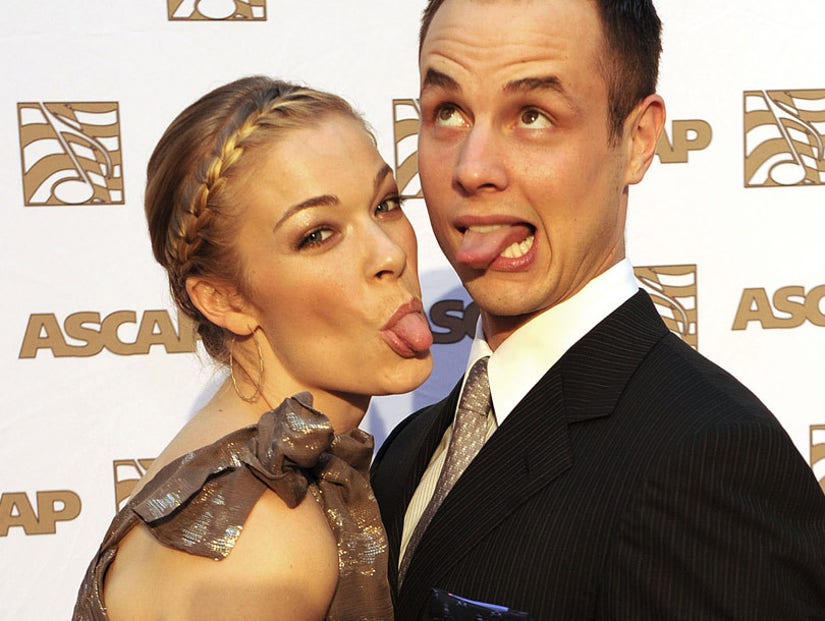 LeAnn Rimes' camp wants to make sure her ex doesn't spill any dirty details of their divorce.

The country singer was married to Dean Sheremet when she first hooked up with also-married costar Eddie Cibrian -- and, when they got divorced, they agreed to a confidentiality clause barring them from talking about the other in public.

With a new cookbook dropping this week, her lawyers were apparently worried about what he'd bring up during his publicity tour -- and fired off a letter reminding him of their agreement.

Like anyone looking to make a few headlines, Sheremet shared the letter with In Touch.

"LeAnn has no desire to interfere with your ability to earn a living as a professional chef. That ability, however, cannot be tied to any more discussion of your former relationship with LeAnn, on any level," the letter reads.

Rimes' team also asks to see a copy of the book before its release, while adding that neither of them is allowed to describe "any party or the marriage or the relationship of the parties" in public.

"The lawyers wanted to know what details I included about LeAnn," Dean tells the mag. "I just don't get it. She already killed my happiness the first time around. [It's like], 'Move on already, LeAnn. I've moved on!'"

"I worked very hard on this book and I'm proud of it" he adds. "I'm on people's radar because of my past with her. I can't erase my past; I referred to it and was very respectful. I'm not the one who cheated."

Taking a look at some of the interviews he's done to promote the book, LeAnn does come up.

"I would try to be her manager, director, creative consultant, friend, lover and husband all at once," he told The Post. "I was always trying to advance her career and I could never turn it off. It ended up consuming us."

"I ran in to her one time in Laguna Beach," he added. "I saw my wife was talking to someone, but I couldn't see who it was and, sure enough, it turned out to be LeAnn. My wife just introduced herself and they started talking. She's ballsy, but it was one of the weirdest moments of my life!"

"When Dean Sheremet's marriage to LeAnn Rimes went up in smoke, he decided to put his life back together, recipe-by-recipe. And it worked."

"Eat Your Heart Out" is available now.