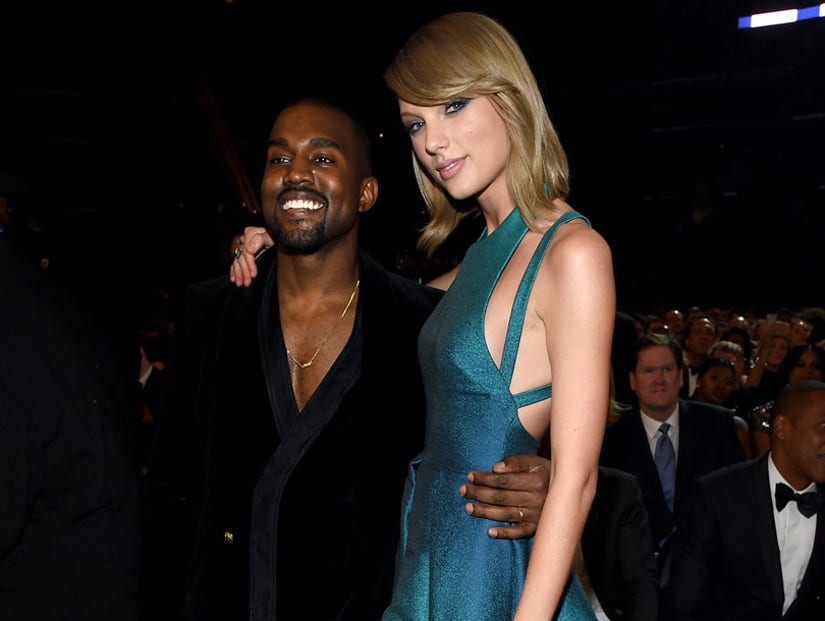 Everyone's talking about Kanye West's Yeezy Season 3 fashion show -- but not for the clothes.

The event at Madison Square Garden on Thursday is also doubling as a listening party for the rapper's upcoming album, "The Life of Pablo," with songs referencing his feud with Taylor Swift, Rob Kardashian's weight struggles and Kim Kardashian's history with Ray J.

Yep, he went there.

The fourth track on the album, "Famous," features Rihanna ... as well as some lyrics that are almost definitely aimed at the "Shake It Off" singer.

"I feel like me and Taylor might still have sex. I made that bitch famous," he says. The quip is most likely be a reference to the now-infamous 2009 MTV Video Music Awards moment when he interrupted Swift's acceptance speech to say Beyonce deserved the win.

"I bet me and Ray J woulda been friends if we hadn't loved the same bitch," he raps. "Yeah, he might have hit it first, only problem is, I'm rich."

As for Rob, he sings, "Blac Chyna f--king Rob, help him with the weight. Wish my trainer would tell me what I overate!"

Rob and Chyna's relationship is fairly new, so West must have turned this track around quickly!

If you watched the show, what did you think of the album and the clothes? Sound off below!