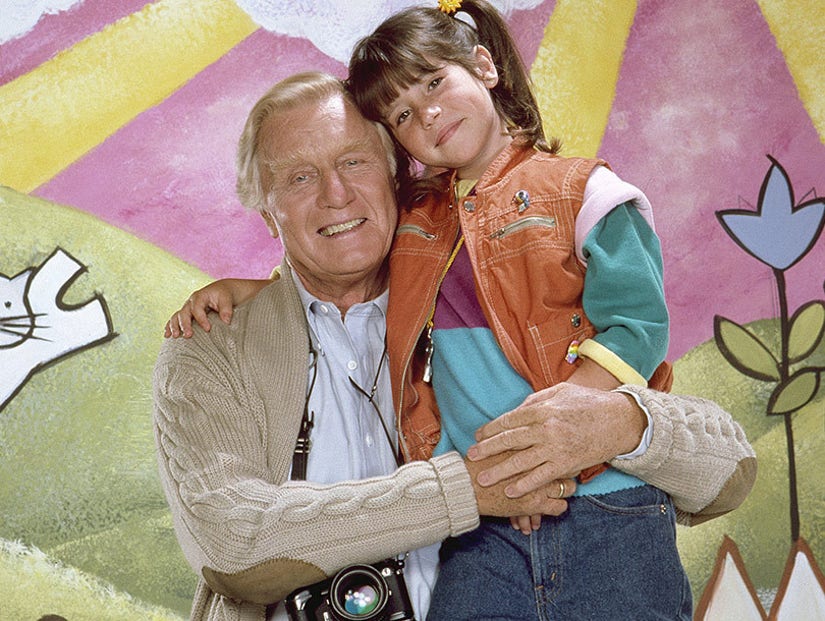 Soleil Moon Frye is mourning the loss of her TV father.

The actress, now 39, grew up on the set of "Punky Brewster," where she played a precocious youngster raised by a foster father named Henry Warnimont. George Gaynes, who played Henry on the classic sitcom and starred in the "Police Academy" films, passed away at the age of 98 on Monday at his daughter's home in North Bend, Washington.

After the news broke, Frye took to her social pages to honor her late-costar, sharing a sweet tribute on both Instagram and Twitter.

The universe just gained a gigantic star. You will be in my heart and soul always & forever.
Your little Punky
RIP George Gaynes

"The universe just gained a gigantic star. You will be in my heart and soul always & forever," she posted on Twitter, adding, "Your little Punky RIP George Gaynes."

"When I reflect on some of the most joyous moments in my life, they were shared with this incredible man," she added on Instagram, along with an adorable photo of them on set in the '80s.

;( he's taking all the great ones home with him!

"I am so thankful for the many years we shared," she posted. "I loved hearing all of your amazing stories. We all learned so much from you. May your beautiful voice sing through the heavens."