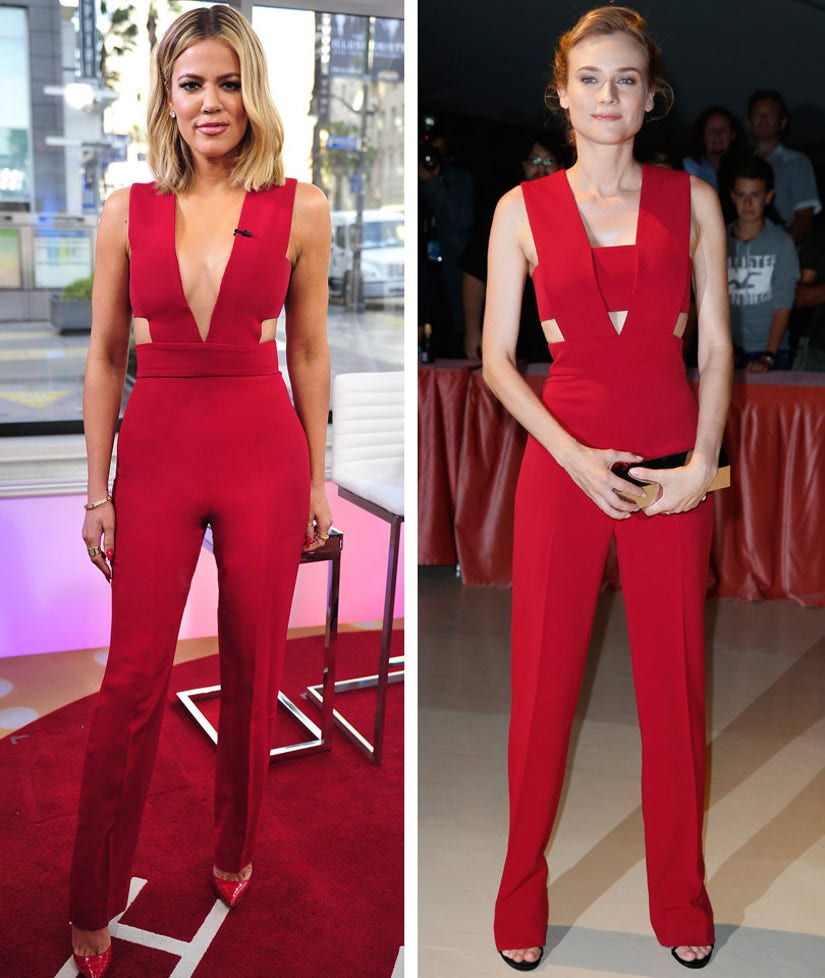 This is a style showdown between a reality starlet and a silver screen siren!

Khloe Kardashian showed off her killer curves for an appearance on "Hollywood Today Live" in a figure-hugging, red jumpsuit by Cushnie et Ochs, which featured a deep V neckline and sexy cutouts at her sides. The "Kocktails With Khloe" star paired the trendy threads with matching red pumps, tousled waves and diamond stud earrings.

The 31-year-old bombshell is no stranger to flaunting her fit physique, and she's not alone!

Diane Kruger put her own spin on the fiery onesie at the Venice Film Festival back in September. The actress opted to keep the red bandeau top underneath while Khloe went au natural. The "Everest" star completed her show-stopping ensemble with black sandals, a gold box clutch and a feminine updo.

While we think both ladies looked lovely in the designer duds, we have to give the nod to Kardashian for amping up the sex appeal.

Who do you think wore it best? Cast your vote above!