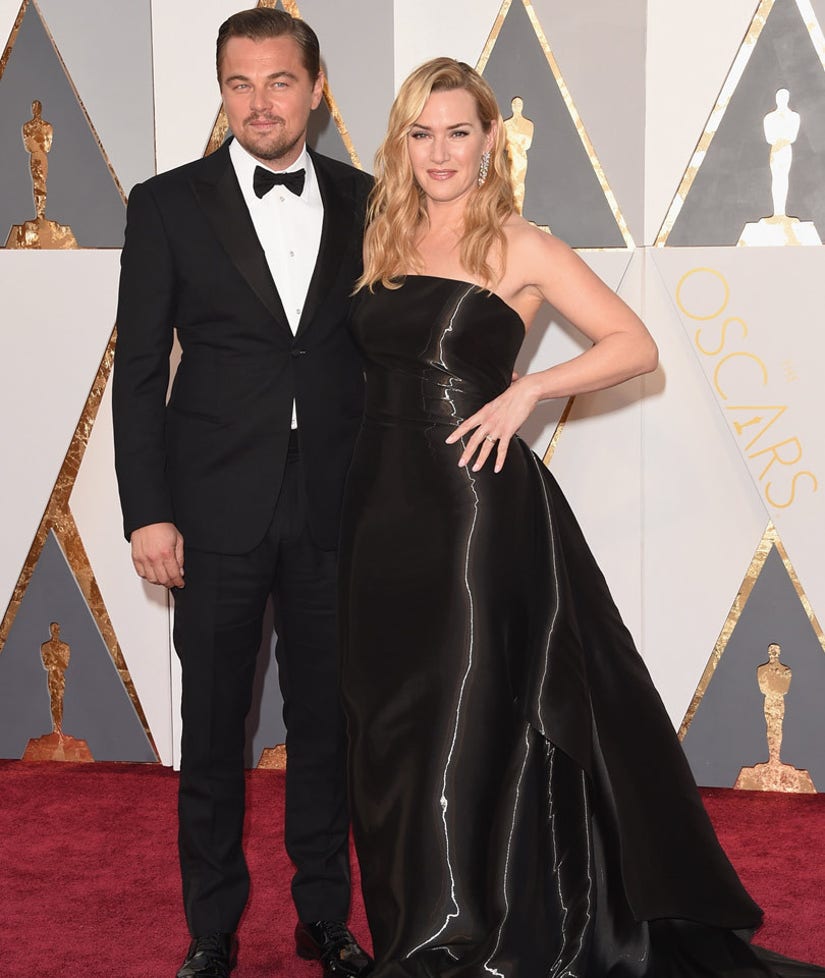 This is giving us major "Titanic" flashbacks!

Leonardo DiCaprio and Kate Winslet attended the 2016 Oscars in Hollywood on Sunday, where the longtime friends posed for photos together on the red carpet before heading into the show.

DiCaprio is nominated to Best Actor for his role in "The Revenant" and Kate is up for Best Supporting Actress for her part in "Steve Jobs."

Though some of Hollywood's stars have decided to boycott the award show due to the lack of diversity in this year's nominees, Winslet said she was not going to miss the night for two major reasons.

"To be honest with you it has been such an extraordinary year for women I'd feel like I was letting my side down if I didn't go," Winslet told reporters at the premiere of "Triple 9" in London earlier this month.

"And also I feel very strongly that it may possibly be Leo [DiCaprio]'s year, and he is my closest friend in the world and I just couldn't imagine not being there to support him. And I think those are reasons enough really to show my face," she added.

We're hoping this is Leo's year, too! The 41-year-old has been up for an Academy Award four times before, so we're hoping DiCaprio finally takes home some Oscar gold tonight.

What do you think about Leo and Kate's Oscar red carpet reunion? Sound off below and check out the gallery above to see more stunning photos from the night!