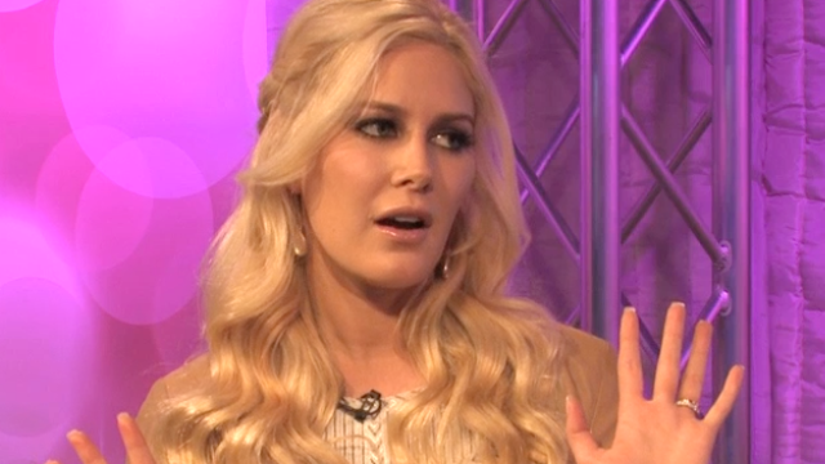 Not only did she show up to the house drunk, she immediately got into an all-out battle with costar Natalie Nunn, yelled at her mother, scolded the show's therapist and, yes, ended up puking all over the hallway.

In an interview with toofab's Brian Particelli, Montag clears the air on what really went down between her and the "Bad Girls" star -- and addresses her mother's concerns about her excessive drinking. Watch the full interview above.

toofab: Right off the bat, you and Natalie Nunn really go at it ...

Heidi: So Natalie is and was one of my best friends.

toofab: You did "Marriage Boot Camp Together."

Heidi: I love Natalie. We're really close, and then 'Marriage Boot Camp' came out and she said some things about my surgery and I went 'Whoa.' And, to her right or whatever, we weren't so close then. I just wanted a heads up, like, 'Hey, I talked some crap about you, it's coming out' and I would have been fine. I completely took it way too far, I didn't talk to her, I blocked her number and I didn't talk to her which wasn't right.

As Dr. Debbie tells me again, emotional cutoffs are never O.K. or appropriate and I think I did the same thing with Natalie [as my mom] because I've been so betrayed by friends on TV [Lauren Conrad, anyone?] and I felt so upset because she's one of my closest friends. So we wanna fight hard, fast, quick, get it over with and then we can be good the rest of the time.

toofab: So we don't have to look forward to more fights between you two?

Heidi: No! I'm Team Natalie all the way, I back her. Kim [Richards] definitely tries to get into it with Natalie and I back Natalie 100%.

toofab: In the first episode, we do see a little issue with you and drinking. Your mom definitely voices some concerns. Was that just a one time thing?

Heidi: I was really nervous coming into this. The last time I went on TV with my mom, it was the breaking point in our relationship. I was nervous about how she was gonna react and what I was gonna do. I had a few too many shots. I had no water that day, I didn't eat anything, I had so many nerves. I drank too much. Certainly a one time thing.