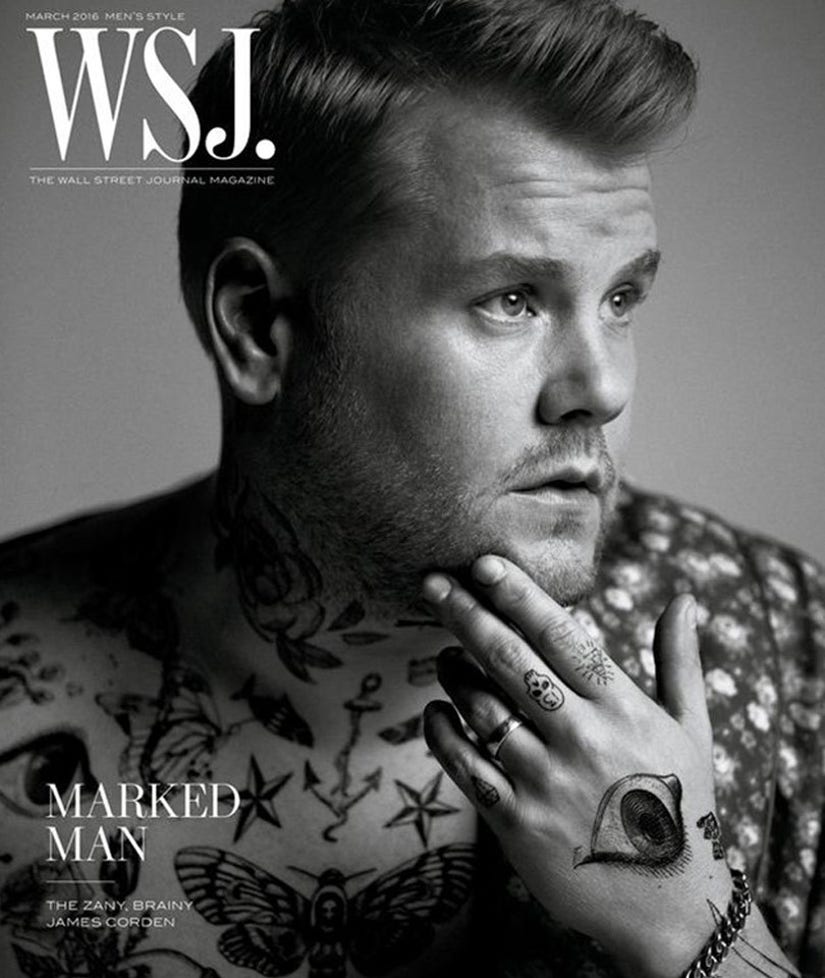 The comedian covers the new issue of WSJ. Magazine -- covered in fake tattoos -- where he opens up about the success of his hit CBS series, "The Late Late Show."

Though Corden doesn't actually have tattoos in real-life, James says he was inspired by one celebrity in particular for his magazine spread.

"Here's my interview in @WSJ it was @Harry_Styles who inspired the look!" Corden tweeted Tuesday.

Inside the new issue, James opens up about the late night show and reveals how popular segments like "Carpool Karaoke" came to be.

While James knew moving to the states for the show wouldn't be easy, he also knew this was the opportunity of his lifetime.

"Here's someone offering me a job—[and] all I really want is to feel creative every day," he tells the mag. "And I realized it doesn't come around again. CBS doesn't go, 'Let's go back to that guy who passed.'"

Thanks to skits like "Carpool Karaoke" Corden's show has become a huge success -- but it wasn't easy convincing stars to do the segment with James.

The idea first came to fruition in the UK, when the comedian did a similar skit with George Michael for charity and was hoping to bring the sketch as a reoccurring segment to the CBS show.

"I would be on the phone and we would pitch and pitch. No one would do it," he says of trying to find the show's debut guest.

Thankfully, Mariah Carey -- who's a huge George Michael fan -- agreed to do the segment after Corden's team persuaded an associate of Carey's to pitch it to her.

"Carpool Karaoke" has now become one of the most sought after video segments on YouTube, with stars from Justin Bieber to Elton John sharing the car with Corden for the show.

"We're talking about, genuinely, the biggest stars on the planet, who—not always by choice—are surrounded by people all of the time," he explains. "Security, make-up, assistant, manager, publicist—then suddenly they get in a car and are on their own—with me."

What do you think of James' hilarious tattoos and candid comments? Sound off below and check out the gallery above to see more shirtless stars!