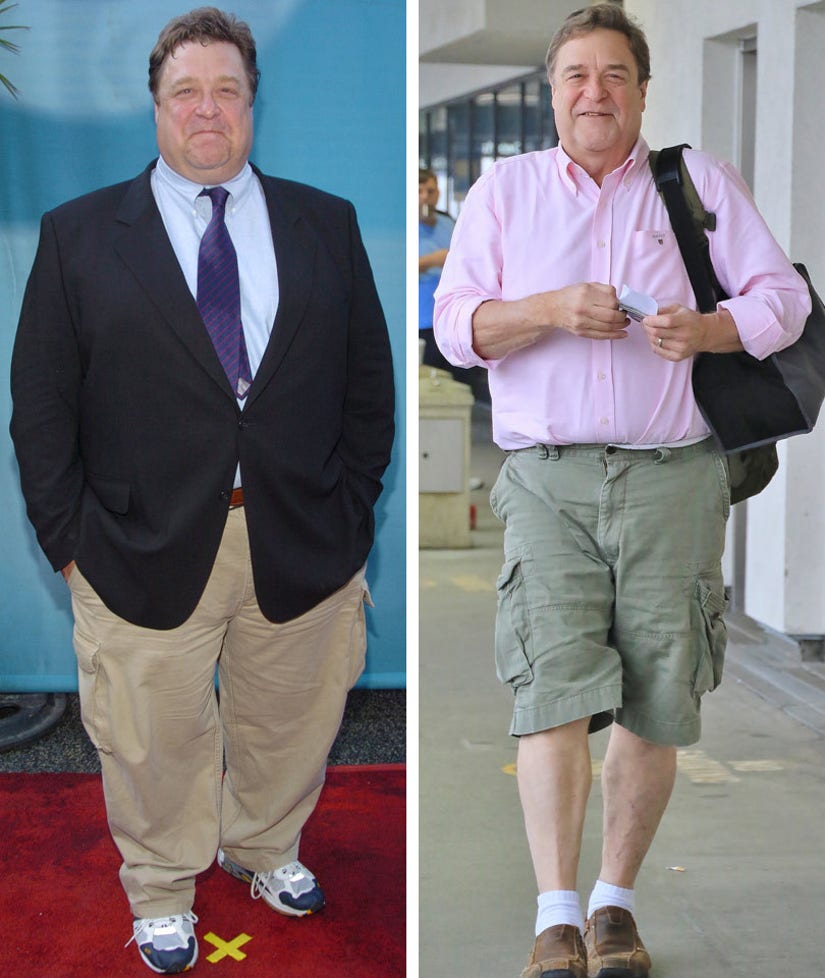 John Goodman, who first debuted his impressive 100-pound weight loss in October, seems to have continued shedding the extra pounds. The actor, 63, showed off his hard work at LAX on Monday, sporting green cargo shorts and a pink button-down.

Back in 2010, the "Trumbo" star opened up to Men's Health about how he'd struggled with his weight almost all his life.

"It started when I was a kid. I'd lock myself in the house and sneak food," he told the mag. "It gave me great pleasure to eat—it's part of an alcoholism personality."

Goodman has been sober since 2007, which has helped him stay focused on a healthier lifestyle. "It's a life of rehab," he said. "But it's a labor of love."

"It's been constant. It's always been in the back of my mind. It just ate at me the whole time," he explained, referring to his decision to lose weight. "That may be part of the reason I shoved food in my mouth so much. That satisfaction. But what clicked was three years ago I did a Santa Clause movie. I looked at it and I was really unhappy about the way I looked. For years, at Christmas-time I'd get fed up and make a resolution, and I'd lose 60 pounds, 65 pounds. And then I was off to the races again in the summer. I'd just eat whatever I want, and the big key was drinking. I'm an alcoholic."

The Golden Globe winner dropped some serious weight with the help of trainer Mackie Shilstone.

"This time we mixed in strength training with resistance bands. They're great for me because I can contract and release slower, and that builds up better muscle for me," he said. "And a key thing was boxing twice a week. I was doing a job in New Orleans twice a week called Treme. I was only working a couple days a week. I wanted to treat this other thing (exercise) like a job--to get healthy."

He has also overhauled his diet to get maximum results. "What I enjoy doing is making smoothies for myself after a workout. With some protein powder and whey powder and fruits. And I'm lactose intolerant, so I eat soy yogurt and soy milk. But also fresh vegetables, lean protein ... I'm not a real hard-on about keeping strict calorie counts. I know what's in my wheelhouse, what I can eat and what I can't. And I'm satisfied eating it," he co I cannot tolerate sugar. I crossed over to the diabetic side, but I can't tolerate it anyway because it creates hunger."

Whatever he's doing, it's working!