The Bollywood star told Fallon she spent her high school years in Queens, so she's got some experience with NYC's particular brand of comfort food.

Check out the video above to see the brunette beauty own Fallon! 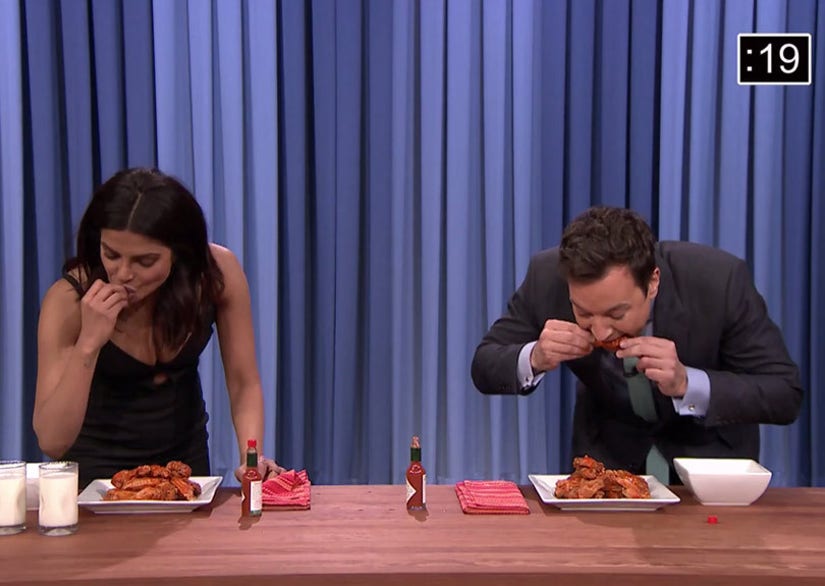 The "Baywatch" stunner likewise sat down at with Kelly Ripa and Michael Strahan for "Live! with Kelly and Michael" on Friday to dish about the awards.

When Strahan, 44, brought up Google stats that the actress was the most searched celeb of the week, after Leonardo DiCaprio of course, Chopra gushed, "That blew my mind. Why? He won an Oscar! Right?"

"Yeah, but he didn't wear that dress," Ripa deadpanned.

She went on to tease the upcoming episodes of "Quantico," which - fans, rejoice - has just been renewed for Season 2!

Priyanka revealed that she's elected not to know the villain's identity until she films it,"'Cause it keeps me fresh," she said.

The actress also opened up about her role as the "villain" in the "Baywatch" movie, starring Zac Efron and Dwayne Johnson.

What do you think about the actress' hilarious wing-eating skills? Sound off below and check out the gallery above to see more photos from the "Baywatch" movie!