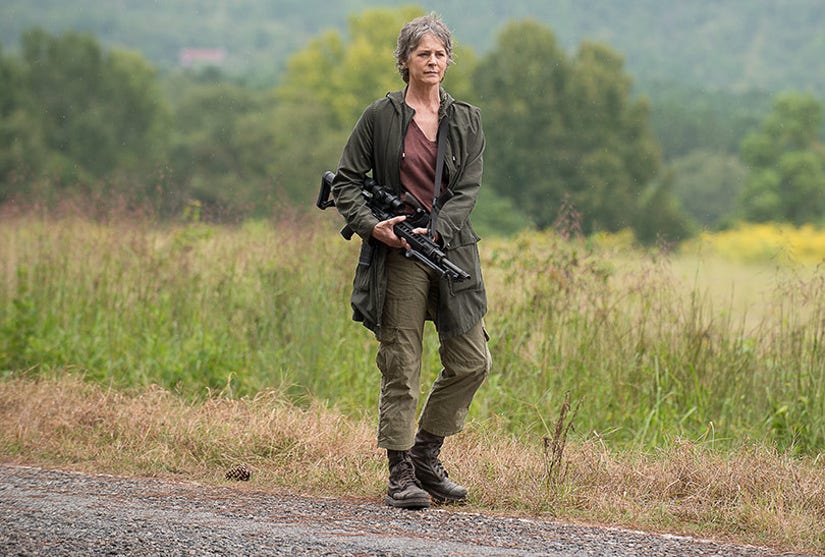 You know what they said about the best laid plans, right? Well, this week, our survivors' mission certainly went awry.

As part of their deal with Gregory at The Hilltop, Rick and Co. agreed to attack the Saviors, kill Negan and free the man who was taken hostage in exchange for supplies. The plan looked O.K. on paper, but it didn't go as smoothly.

Here are the five biggest takeaways and questions from "Not Tomorrow Yet."

1.) There's Some Serious Bed-Hopping Going on In Alexandria

By the end of this episode, we've got one new couple, a major split and an "I love you" that went unanswered.

We've been witnessing Abraham's feelings towards Rosita change for a few weeks now -- and tonight, he finally laid it all out, in the most brutal way possible. It's clear he's starting to fall for Sasha, but he did not let Rosita down easy.

When Rosita demanded to know why he was walking out on her, he was blunt: "When I first met you, I thought you were the last woman on Earth. You're not." OUCH!

Elsewhere in Alexandria, Carol finally got some as well ... but no, it wasn't with Daryl.

While "Caryl" fans have been clamoring for those two to get it on for some time now, our cardigan-clad badass instead cozied up to Tobin.

After telling her she does things that terrify him, Tobin says the townspeople think of her as their mom -- someone who can get the "hard stuff" done to protect the ones she cares for. When asked if he thinks of her that way too, he says, "No, you're something else to me" -- and then they kiss.

Then there's Tara and Denise. While actress Alanna Masterson hid her giant baby bump behind some plates, Tara confessed her love to her new doctor girlfriend ... who didn't immediately say it back. Denise promised to tell her when she returned from a run with Heath, so she has something to look forward to.

Tara later confessed she had actually been thinking about being part of The Governor's siege on the prison when Denise interrupted her thoughts ... and she just blurted out "I love you" to "cover it up." "Do you love her?" Gabriel asked. "Yeah," she replied. "So you know what you're fighting for," Jesus assured her. 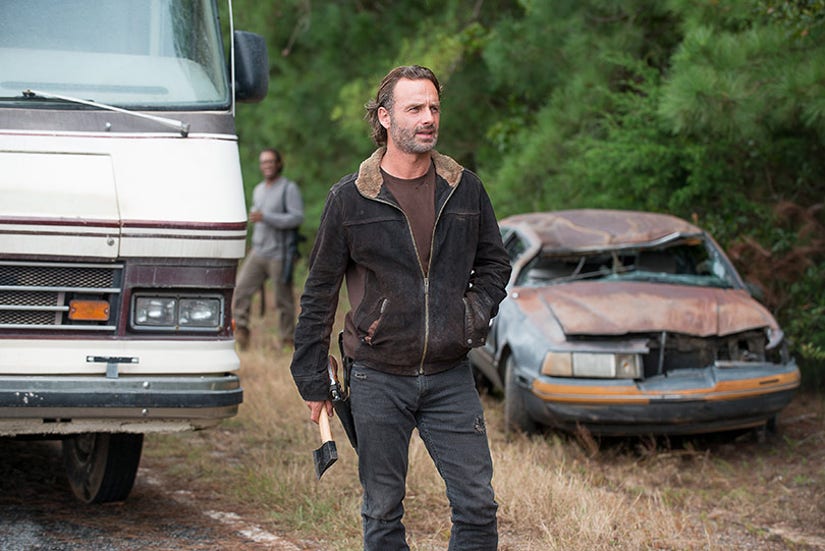 2.) The Alexandrians Underestimated the Saviors

The Saviors wanted Gregory's head ... and that's what Andy showed up with. Kind of. Instead of killing that d-bag, Rick and Co. found a walker who kinda looked like him, smashed its face in and then had Andy present it to the Saviors back at their bunker.

The plan worked. At first. After getting their hostage released, Rick, Sasha, Daryl, Abraham, Michonne, Rosita, Aaron, Glenn and Heath took out the two Saviors on watch, before taking out the others inside as they slept.

With the element of surprise in their corner, the survivors were able to take out quite a few of them ... until one stumbled into the hallway, spotted Sasha and Abe and set off one of the alarms. Then everything went haywire -- with everyone running around the bunker like they were playing Goldeneye on Nintendo 64.

In the end, none of the Alexandrians were killed ... and almost all of the Saviors were. Or so they thought.

The next morning, one of the Saviors tried to escape on a motorcycle, only to get taken out. But the man had a walkie talkie on him, and someone on the other end wanted to chat. "Lower your gun prick. All of you, lower your weapons right now," the female voice demanded. "We're not coming out, but we will talk. We've got a Carol and a Maggie, guessing that's something you want to chat about."

There's clearly a larger organization at work here -- and, while the survivors think they took out Negan, we know they didn't. Jeffrey Dean Morgan hasn't popped up yet, sorrrry!

Carol was right -- it wasn't wise for the very pregnant Maggie to be on this mission in the first place. But, if Maggie's going to get kidnapped, there's no better person to be taken hostage with.

The question is: who has them?!

The Saviors are clearly bigger than whoever was hiding out in that bunker. But how many of them are there? Do they have other outposts? And where is their central hub?

Negan is one man you don't want to mess around with -- and he's definitely not going to like what the Alexandrians have done to one of his strongholds.

From the woman's voice, it sounds like maybe they'll be interested in some sort of agreement/trade/compromise ... or, it could be a trap. Will the Saviors release Carol and Maggie? Will they kill one of them (or another survivor) to teach them a lesson? There's no way this siege will go unpunished.

We're sure Glenn will lead a charge to get his wife and baby-mama-to-be back, which brings us to ... 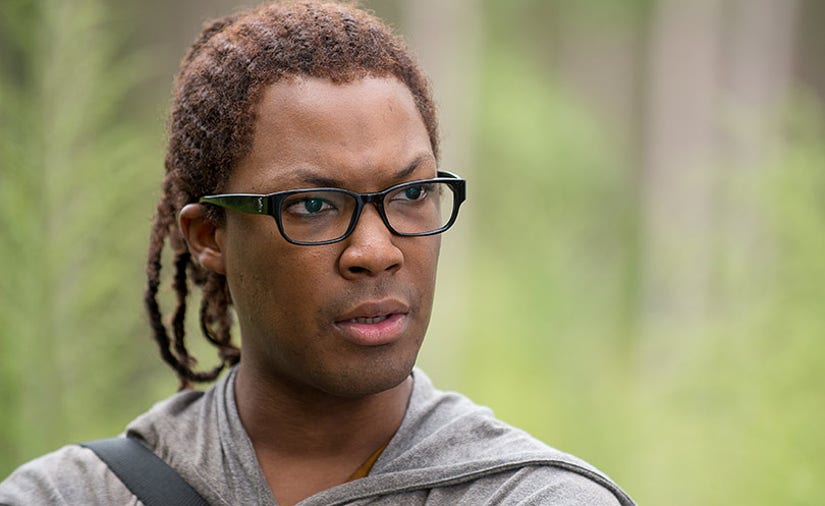 All episode long we saw Glenn and Heath struggle with the idea that they'd have to kill sleeping men for the greater good. Neither of them had killed another human before.

"You ever seen something that afterwards you didn't want to sleep, you weren't hungry because when you close your eyes, you could see it? Killing somebody has gotta be worse than that," Glenn theorized before they left.

When it came time to do the deed, Glenn sacrificed his own innocence to preserve Heath's, killing two men in their sleep. In the end, the both ended up blowing at least 5 Saviors away though, and that's gotta change a man.

Now that he's O.K. with killing, will that be his main goal for whoever took Maggie? Hopefully, he can manage to keep a clear head, but we're nervous.

Before everyone left for the attack on the Saviors, Morgan still wanted to see if they could communicate with them. He thought it they told the Saviors exactly what they've done to people like The Governor in the past, they may not want to fight.

The episode ended with him welding something, while crying. Is he building his cage again? And for who?

What did you think of tonight's episode? We're definitely building up to the big Negan debut -- and it's got us VERY worried about who's going to make it out of this season alive.