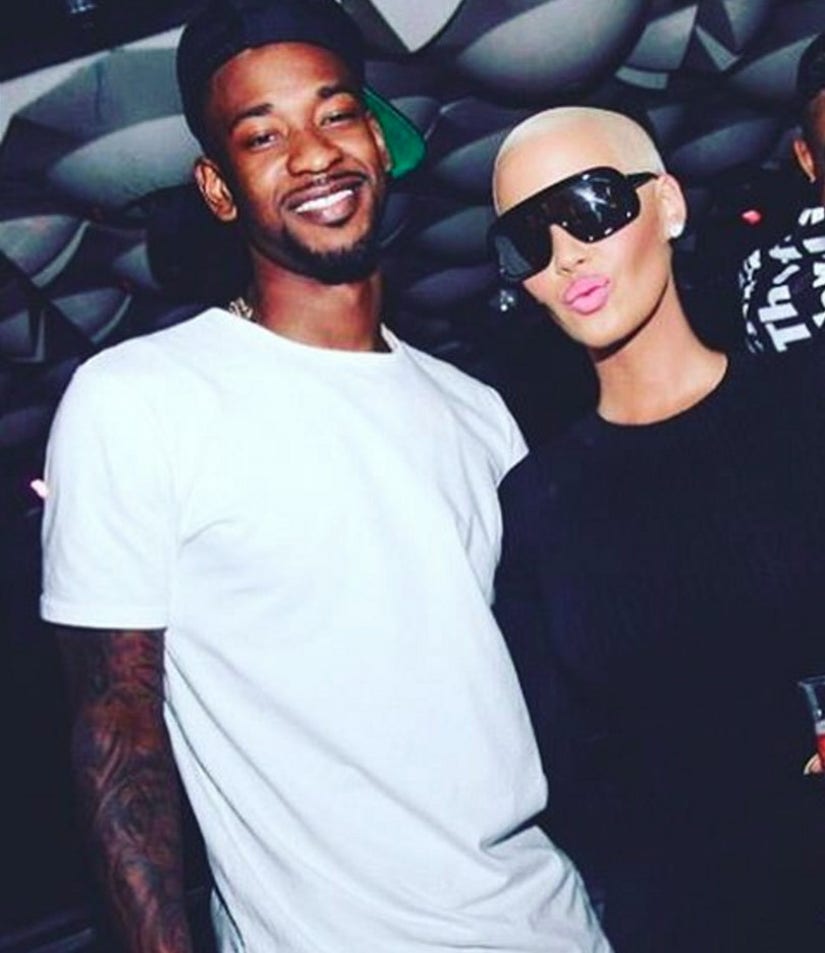 Amber Rose has a new man in her life!

It looks like the model is dating Toronto Raptors basketball player Terrence Ross, at least according to not-so-subtle clues on their social media pages.

Rose recently sat down with "Hollywood Medium" star Tyler Henry, who told the mother-of-one that she would find love with a man whose name starts with a "T." Well, it looks like he was right!

Amber tweeted Henry about her relationship on Monday. "@tyhenrymedium I think I may have found my 'T,'" she shared on Twitter. The day before, she also shared a vine of Ross making a basket for the Raptors, the curvaceous stunner captioning the short video with three heart emojis.

The basketball star likewise posted a photo of him and Amber together on his Instagram account last Wednesday (above), naming Kanye West's ex-girlfriend as his "Woman Crush Wednesday."

Amber -- who was previously married to rapper Wiz Khalifa -- filed for divorce from the "Black and Yellow" singer in 2014. They share one child together, their 3-year-old son Sebastian.

What do you think about Amber's new dating news? Sound off below and check out the gallery above to see more surprising celebrity couples!