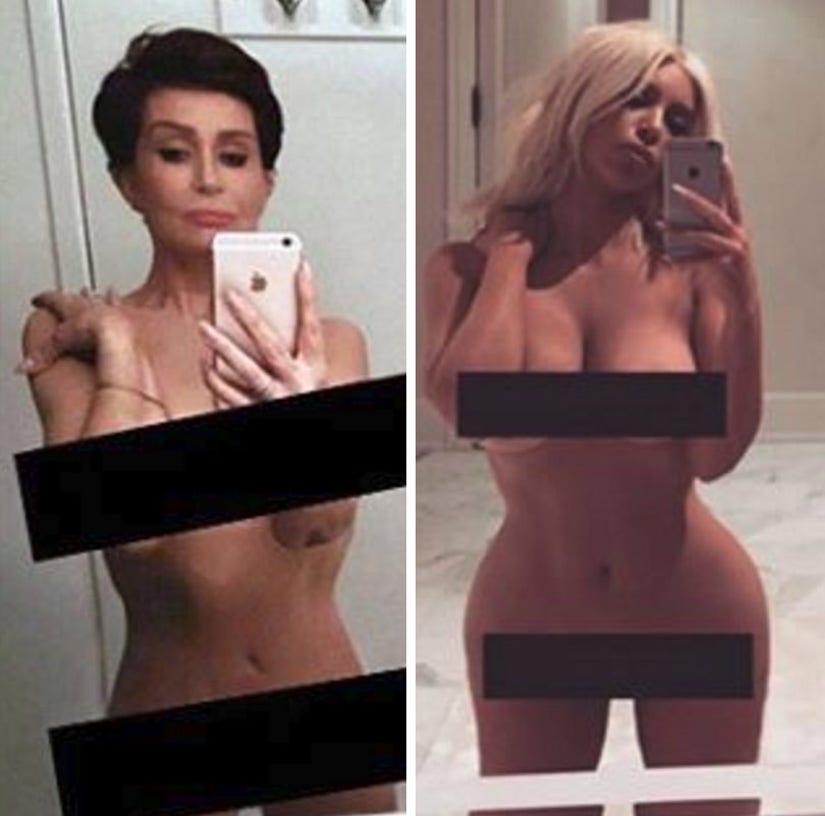 While stars like Pink, Chloe Grace Moretz and Miley Cyrus are slamming Kim Kardashian for posting a naked selfie on Twitter, others are being inspired to follow suit!

Sharon Osbourne is the latest celeb to strip down in solidarity with the "Keeping Up With the Kardashians" star. "The Talk" co-host shared her own racy pic on Instagram, showing off her bod with nothing but black bars censoring her goods.

"@kimkardashian you inspired me! #liberated #thetalk," the 63-year-old Brit captioned the mirror selfie.

While some critics quickly suggested that Sharon's photo had been altered (they pointed out her wonky belly button), her rep tells toofab that this picture is, in fact, the real deal. "It's real, it's her," she told us.

"It was something that Kim said about being comfortable in your own skin and I've never been comfortable in my own skin since the day I was born," Osbourne added on "The Talk" earlier today. "However I talked myself into it and I did it. I did feel a bit liberated, I did. Empowered to the fact of, this is probably the skinniest I'm ever going to be in my life, I might as well have a picture while I was at the right weight for my body. I did feel empowered." 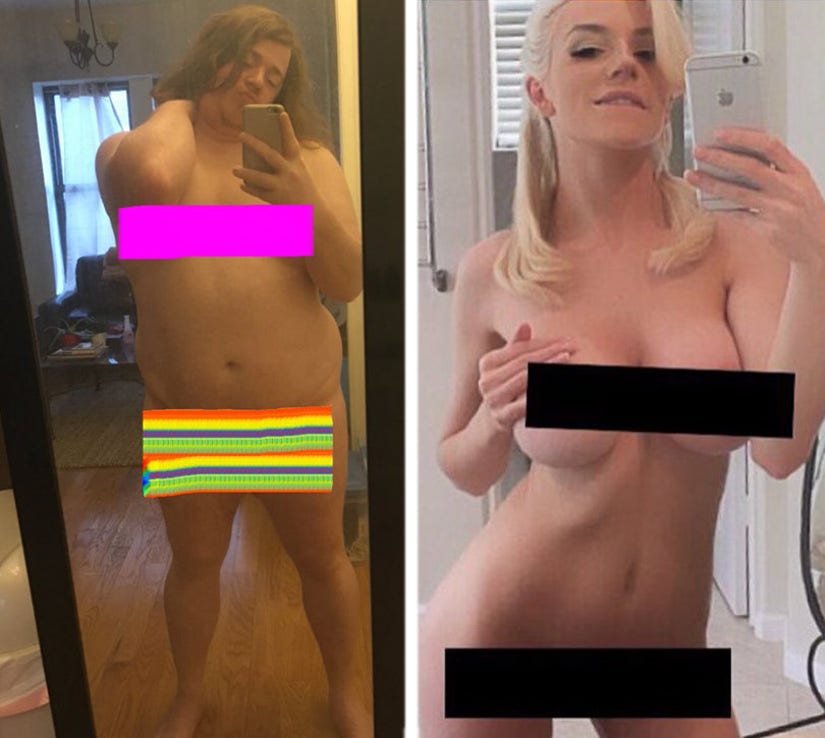 Osbourne followed in the footsteps of "Pete & Pete" alum Danny Tamberelli and Courtney Stodden, who both decided to pay homage to Kim in their birthday suits.

"When you're like I don't have a job LOL! #whoworeitbest @KimKardashian," Tamberelli captioned his naked photo. "Working on a new single! It's coming out soon... Oh & I can't find anything to wear either, Kim! #girlproblems," Stodden added.

They say imitation is the sincerest form of flattery, right?!

While some stars are poking fun at Kardashian, Mrs. West proved that this isn't a joke by posting a blog about female empowerment and sexuality.

"I don't do drugs, I hardly drink, I've never committed a crime - and yet I'm a bad role model for being proud of my body?" she wrote on her official website. "It always seems to come back around to my sex tape. Yes, a sex tape that was made 13 years ago. 13 YEARS AGO. Literally that lonnng ago."

What do you think about all of this backlash? Whose side are you on? Sound off below!