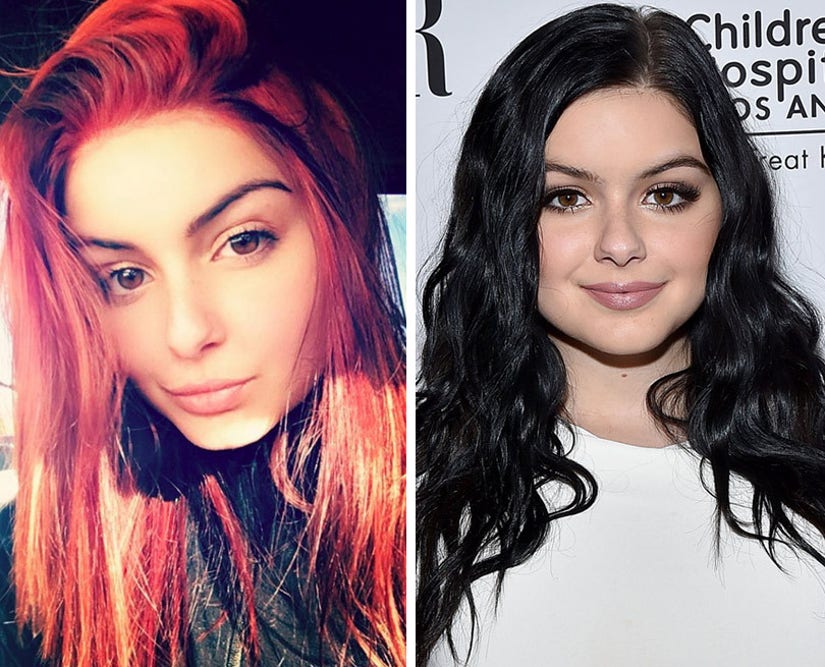 Ariel Winter has a bright new 'do!

The "Modern Family" star took to Instagram on Thursday to unveil her fiery locks. The usually raven-haired star has traded in her dark locks for a much bolder hue.

"I'm now a [strawberry emoji]!" she said of a video of her new look.

In the clip, the 18-year-old actress cheekily poses as she shows off her orange locks! No word on what prompted the teen to change her hair, but the star could possibly be starting a transition to blonde.

Ariel seems to be following in the footsteps of her costar, Sarah Hyland, who showed off her dark new look earlier this week.

"Hello from the darker side," the 25-year-old hilariously captioned with the picture, referencing Adele's "Hello" lyrics.

In the photo, the 25-year-old cutie shows off her newly-trimmed raven tresses which are styled in loose waves and parted on the side.

What do you think of Ariel's makeover? Sound off below then click "Launch Gallery" for more celebs with crazy colored hair!