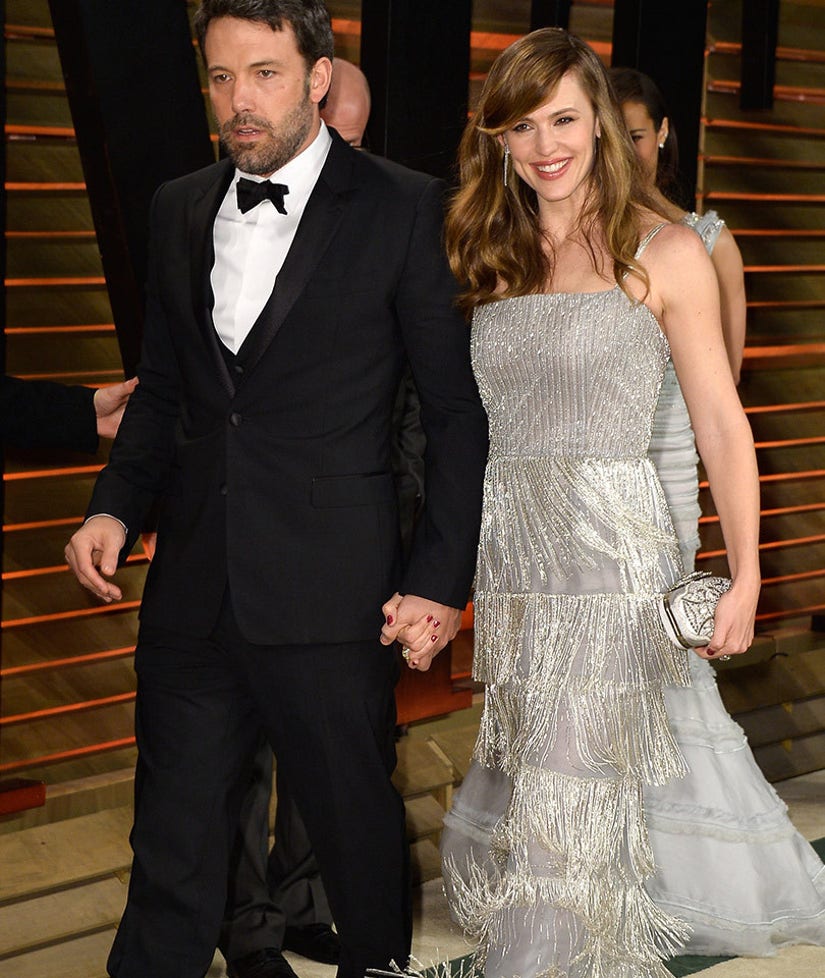 Jen Garner blew up the Internet when her Vanity Fair interview dropped last month. The actress opened up about everything from Nannygate to Ben Affleck's questionable tattoo -- which she had no problem shading like whoa.

While she shut down reports that the nanny had anything to do with why they divorced, she didn't paint the prettiest picture of the "Batman v. Superman: Dawn of Justice" star, telling the mag, "I always say, 'When his sun shines on you, you feel it.' But when the sun is shining elsewhere, it's cold. He can cast quite a shadow."

With promo for his new movie gearing up, it's his turn to talk about the split -- and what he thinks about Garner's side of the story.

"It never seems like a great time to have your privacy invaded," Affleck tells the New York Times. "Obviously this is a particularly hard time."

Of his ex, he calls Jen a "great person" and says they are on "great terms." "I just saw her this morning, so that's the reality that I live in," he added. As Vanity Fair reported in their feature, Affleck still lives in a guest house on the former couple's property -- so they definitely see each other, a lot.

"She felt like she wanted to discuss it and get it out there and get it over with, so she could say, 'Look, I already talked about it — I don't want to do it again,'" he says of her decision to speak out. "It's fine. She's allowed to talk about it."

He says he doesn't often speak out his family in public, because it "ends up being in the record somewhere, in the great miasma of junk on the Internet."

Affleck also finally gave his reaction to Ricky Gervais' joke about him at the Golden Globes, where the host cracked that Matt Damon is the only one Ben's ever been faithful to.

"It's the way Ricky Gervais perceives me, I suppose," he told the Times with a laugh. "Whatever. I've had jokes made at my expense before. It's part of the deal."