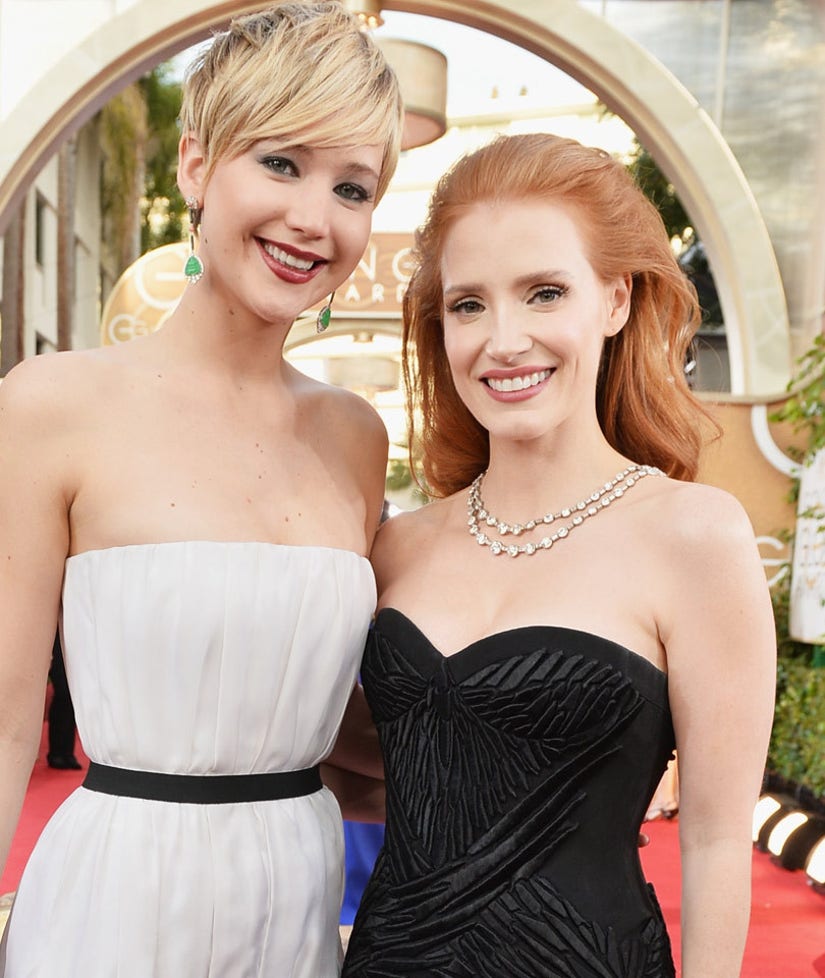 "The Martian" actress opens up about women's rights and her supposed feud with Jennifer Lawrence in the new issue of Haute Living.

Though the stars were up against each other for the Oscar for Best Actress at the 2013 Academy Awards, the red-headed beauty says there's no bad blood.

"There has been a stigma out there that women don't work well together," she tells the mag. "I've never seen women like this. I know also during Oscar season [2012-2013] media, because they were trying to get headlines and get clicks, were trying to fabricate a fake rivalry between Jennifer Lawrence and myself and I immediately came out and said this is a media myth that has to stop."

She also adds, "The women I know are not like this and I cheer for women to succeed because I know when an actress succeeds that means there's going to be that many more roles for women because an audience is going to demand it."

In fact, it sounds like the "Zero Dark Thirty" star is a big fan of J.Law's -- especially how vocal she is when it comes to her views on equal pay.

"I loved her op-ed …and I was really disappointed after she wrote it that she got criticism," Chastain confesses. "Sometimes people have that attitude where, 'You're an actress making a lot of money, how dare you complain?' We've kind of been programmed to be grateful that we've gotten this job, so don't rock the boat. I don't think that's fair. Jennifer Lawrence coming out and saying that was really important."

Jessica also talks about the gender dynamic of a film set, noting that shoots with more of a male-to-female balance make for a better far experience.

"I'm not saying that you should have a film set where it's predominantly women," she explains, "I'm just saying when you have more women and you have more balance in a situation, it's going to be a healthier experience."

What do you think about the actress' candid comments? Sound off below and check out the gallery above to see some real celebrity feuds!