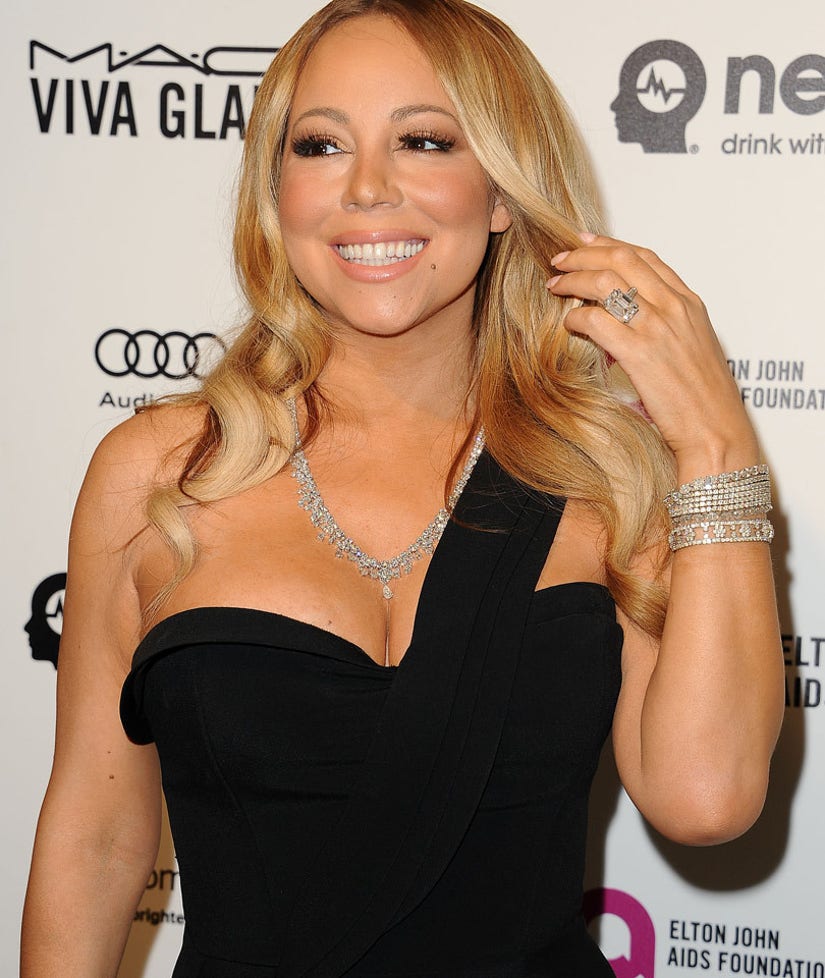 We're finally getting a look into Mariah Carey's lavish life!

E! just announced they'll be taking viewers inside the private world of the "Honey" singer as part of an eight-episode docu-series titled "Mariah's World".

The new series follows the pop diva during her highly anticipated "Sweet Sweet Fantasy" European tour and promises to highlight her whirlwind romance with fiance James Packer as the two plan their upcoming wedding.

The Australian business man popped the question to the 45-year-old in January and presented her with a breathtaking 35 carat diamond ring. We're dying to see some candid moments between these two!

"Mariah is one of the most captivating pop superstars of our time and one of the rare artists whose first name alone is instantly recognized around the globe," said Jeff Olde, Executive Vice President, Programming & Development, E!

"The series will present a unique, vulnerable and surprisingly humorous side to Mariah that her fans have never before seen while showcasing her unparalleled celebrity lifestyle filled with true glamour, maximum luxury and ultimate stardom."

For her part, the songstress seems thrilled to let fans see the "real" her.

"I'm excited to bring my fans into my life for the next journey I'm about to embark on," Mariah said in a press release. "I'm already having so much fun with this documentary and I know you will too. There is nothing like capturing these moments."

Will you be watching Mariah's new series? Sound off below then click "Launch Gallery" for more pop stars then and now!