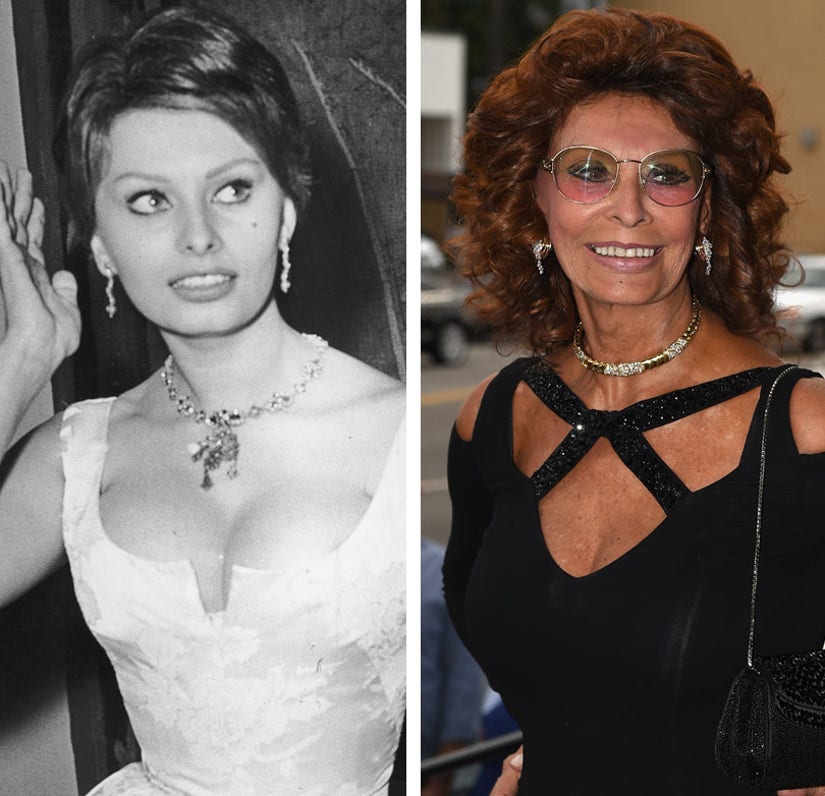 Though Sophia Loren's 81-years-old now, she's got just as much confidence as ever!

The actress appears in the new issue of W magazine, where she opens up about aging in Hollywood.

When it comes to Loren's beauty secrets, she says her good-fortune is thanks, in large part, to her mother.

"It's because, I think, of my mother," she confesses. "She was the most beautiful woman in the world when I was born. She looked exactly like Greta Garbo, and she won a Metro-Goldwyn-Mayer contest to get a contract, but my grandmother didn't want to let her go to America because she said it was too far away. It's a pity. But maybe if she had gone, she would have had another destiny and maybe I would not have been born."

The "Two Women" star's also not ruling out any future acting opportunities, either.

"The possibility has to come of a role that I like and is true to me now," she says. "By the way, I look very well. I look fantastic. [Laughs.] I'm laughing, but everybody says so. Everybody says so! Sometimes I don't believe them anymore, but they are very convincing. [Laughs.] Oh dear."

Though the red-headed beauty says aging does limit certain types of roles for actresses -- if you practice good faith, good things will happen.

"You are always amazed. Actually, when I was 20, I didn't think that one day I would live to 80, but you do. You think, 'My god, all this time went by? I can't believe it.' Of course, the roles change – you cannot at my age do the story of a woman of 30 or 40 years old. It's impossible. It's a very normal way of being in the movies all the time and changing roles," she explains. "It becomes a little more difficult sometimes, but if you have faith in what you do, and if you have faith in yourself, a little time goes by and you can find the right thing for you still."

And when it comes to her favorite actors and actress in the game right now, she's a big fan of Leonardo DiCaprio and Meryl Streep.

"I like Meryl Streep. I love her. I really do. I like [Leonardo] DiCaprio. I agree with everything they did and everyone who won the Oscars this year. DiCaprio did a wonderful film and performance and Meryl Streep is always there and she wins all the time because for me she's one of the greatest actresses I've ever seen," she gushes.

*Note: Meryl did not actually win anything this year ... she wasn't even nominated ... but yes, she's still amazing.

What do you think about Sophia's candid comments? Sound off below and check out the gallery above to see more stunning leading ladies then and now!