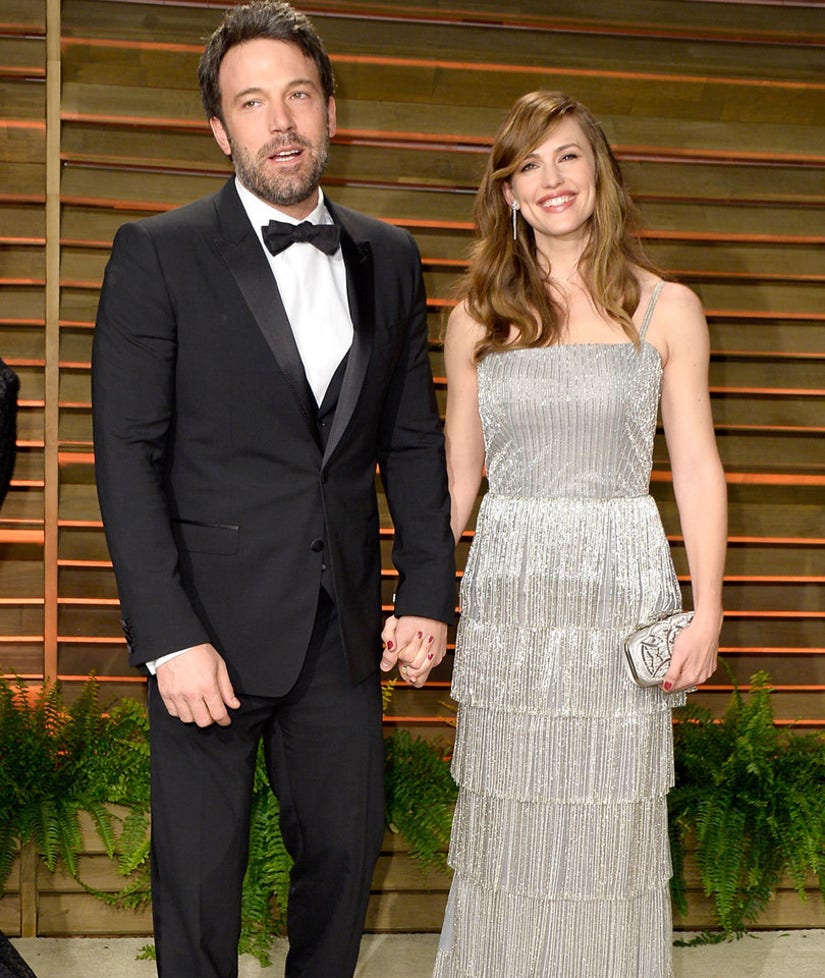 Ben Affleck is getting candid about his split from Jennifer Garner.

"I know it's been kind of a challenging year, obviously," Ellen DeGeneres tells her guest on today's show. "And what I love, and I think what everybody loves, is that you and Jen are putting the kids first and that we see you with the kids all the time and I think that's the most important thing and the most important message to send to everybody."

The couple announced their separation nearly nine months ago after being married for 10 years. They have three children together, Violet, 10, Seraphina, 7, and Samuel, 4.

While the "Batman v. Superman" star is visibly uncomfortable talking about the break up, his ex seems to have no trouble opening up about their rocky relationship.

The "Miracles From Heaven" actress stops by "TODAY" on Wednesday, where Savannah Guthrie asks her the separation. "So many people just adore you, Jennifer, and I think they just want to know how you're doing," Guthrie says. "If they could give you a hug, I think they would."

"Oh, that's very kind. People have been so kind to my whole family, and we really do appreciate it," Jen replies. "But, you know what, we're doing really well. Thank you. The kids are great. They'll be getting up in the morning and going to school soon, and Ben is there and he'll be taking them. We will make it work."

When Savannah says it must be difficult to "go through something like that in the public eye," the mother-of-three explains that she's just trying to stay positive. "You know what? It's not easy to go through it, period. I have found going through it in the public eye, it's just another facet of it. For anyone when your life shifts in any way, it's tricky enough," she admits. "But I have found people to be so warm and loving that it hasn't been nearly as bad as you might imagine."

The exes are both on a media tour for their new projects, so we can expect a lot of questions about their personal lives.

After Ellen gets serious with Ben, she also has a little fun.

Check out the clip below to see him get the scare of his life from Wonder Woman!