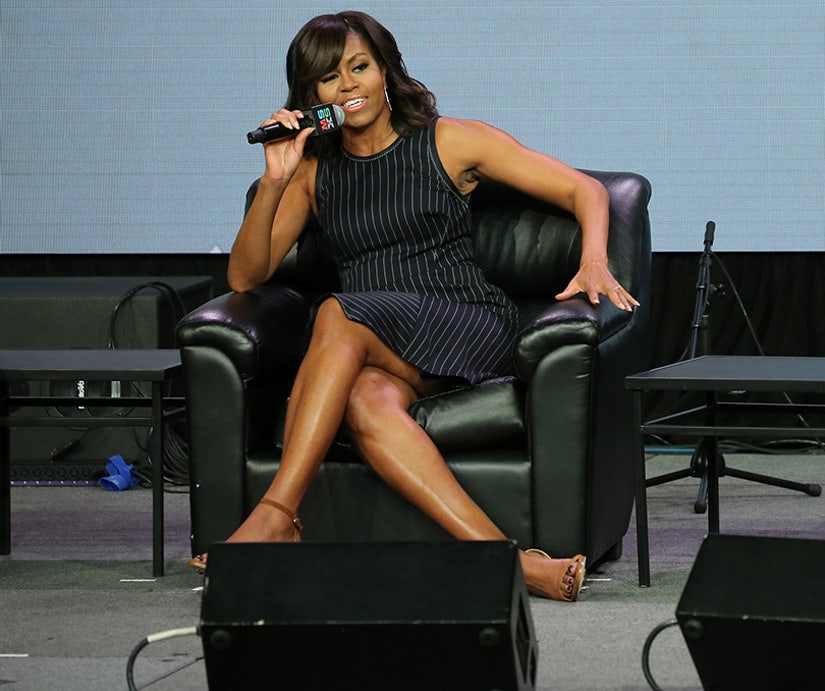 Michelle Obama has no plans to go from First Lady to Commander In Chief.

During her keynote in Austin, Texas today for SXSW to discuss Let Girls Learn, Obama was asked by moderator Queen Latifah if she'd ever consider running for President herself, after spending so much time in the White House.

The crowd went wild after the question was asked ... but Michelle then let them all down easy.

"I will not run for president," she admitted, while on a panel alongside Missy Elliott, Diane Warren and Sophia Bush. "I have two young people at home and being the daughters of a president, just think about it. Not so easy. They've handled it with grace and with poise, but enough is enough."

She went on to stress that while she may not try for her husband's current job, she plans to continue to serve the country ... and added she may be able to help even more without the "restraints" that come with the presidency.

"There are so many ways to impact the world. You don't have to be President of the United states to do wonderful things," she told the audience. "I'm not talking about slowing down anytime soon. You're talking about your 30s being good [motioning to Bush], I expect to go into my 60s blazing. And trying to be as fly and healthy as I can be!"

"There's so much I can do outside of the White House and sometimes there's more you can do, without the restraints and partisanship," she continued. "I want to be able to impact as many people as possible in an unbiased way. I think I can do that just as well by not being President of the United States."

Michelle ended her passionate and enlightening keynote by urging others to do everything they can.

"I hope there are some people who want to be President of the United States. We need you out there," she said in conclusion. "I would encourage all of you to consider a life in public service. Even if you want to make money, find a way to help somebody. That's how we keep this country strong."