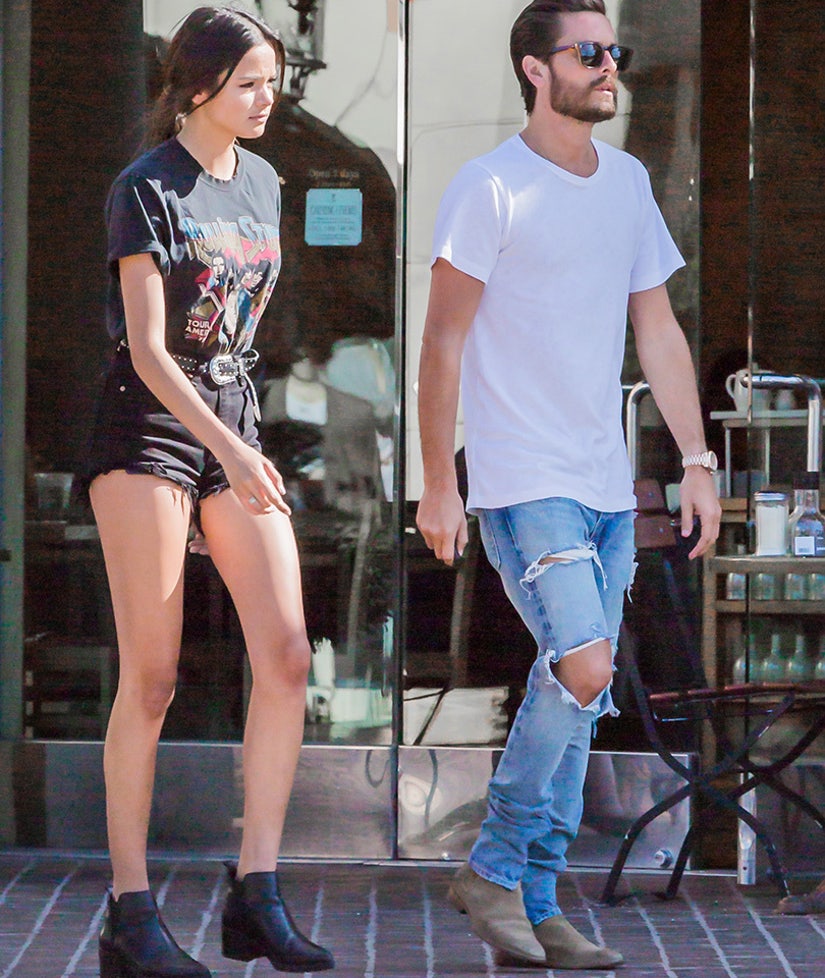 Scott Disick has a new lady in his life ... and she looks like one he's already known for some time.

US Weekly is reporting that the father-of-three is dating model Christine Burke. The two were spotted out together in Los Angeles on Tuesday after dinning at Nobu Malibu.

In the photo, the reality star rocks a white shirt, distressed jeans and tan booties, while his rumored love interest kept it casual in a graphic tee high waisted shorts, a studded belt and black booties.

The mag says the 32-year-old and the 20-year-old long-legged stunner have been hooking up for weeks. The "Keeping Up With The Kardashians" star even brought Kendall's doppleganger to Joe Francis' home Casa Aramara in Mexico, earlier this month ... and visited the swanky pad at the same time in August 2015 as well.

Scott and Kourtney called it quits last July after 10 years together, and this isn't the first time "The Lord" has been spotted out with another lady. He was previously linked to model Lina Sandberg in January.

Despite his new love interest, it seems things between Kourtney and Scott are still going great. The two were spotted together on Kourtney's Snapchat yesterday, spending time goofing around together at Kris Jenner's home.

"By the way, everyone relax," she reportedly said in one video. "We have three kids together. We spend time together."

What do you think of Scott's new lady? Tell toofab in the comment section below.