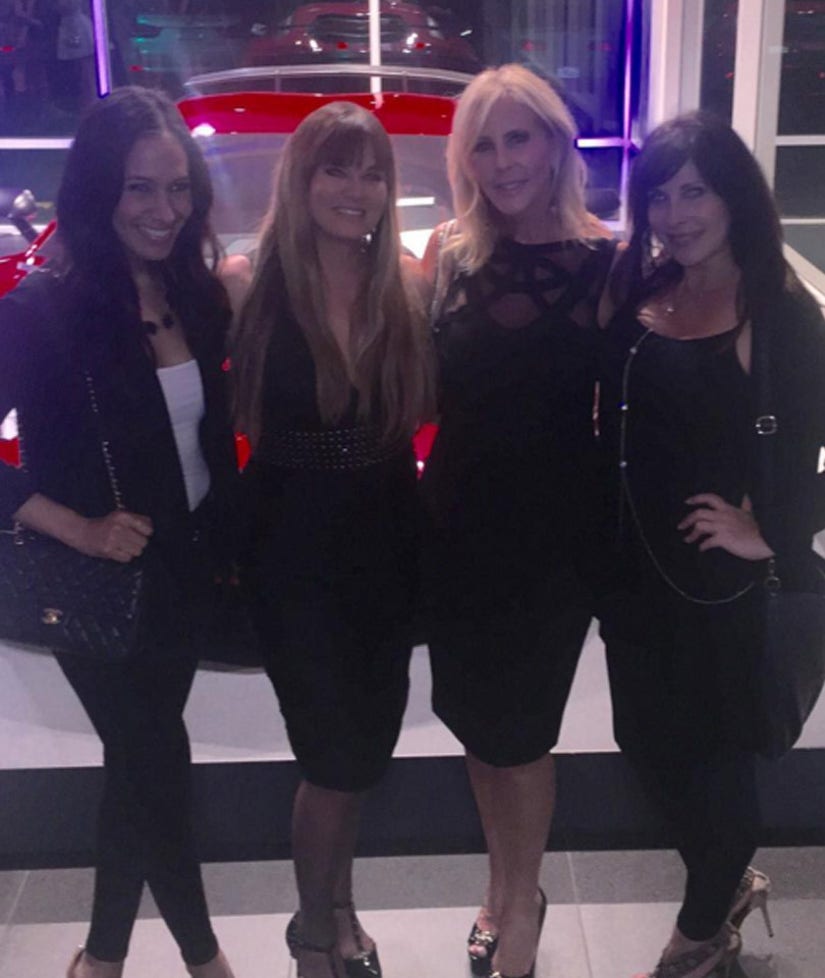 Well isn't this a treat?!

A few MIA members of the original "Real Housewives of Orange County" cast reunited over the weekend, just ahead of the hit Bravo series' 10th anniversary!

Vicki Gunvalson, Jeana Keough, Jo De La Rosa and Tammy Knickerbocker -- who appeared in seasons two and three -- all came together for dinner at Mastro's Steakhouse. Missing from the festivities were wives Lauri Peterson and Kimberly Bryant, who also appeared on the first season.

"Reuniting with my #rhoc girls. When filming with these ladies was fun & inspiring. #rhoc, #girlsnight #greatmemoriesmade," Vicki captioned the pic.

During the night out, the ladies celebrated Gunvalson's upcoming birthday and were even sent a round of tequila shots from former housewife Gretchen Rossi!

"We picked up right where we left off," Jo shared with E! News. "We were just reminiscing about how I used to be, going out and being engaged with Slade [Smiley]."

Jo -- who recently got engaged -- also shared a photo with her former cast mates from the night and joked that she wished Andy Cohen could have joined them.

"So loving our 10 year reunion with @jeanakeough and @vickigunvalson as we celebrate Vicki's soon to be birthday! Miss these girls so much since moving to LA! @bravoandy come down from NYC and join us! 😝 #RHOC #Season1 #girlsnight," she wrote.

Do you love seeing these ladies together again? See what they've all been up to since leaving the show in the gallery above!