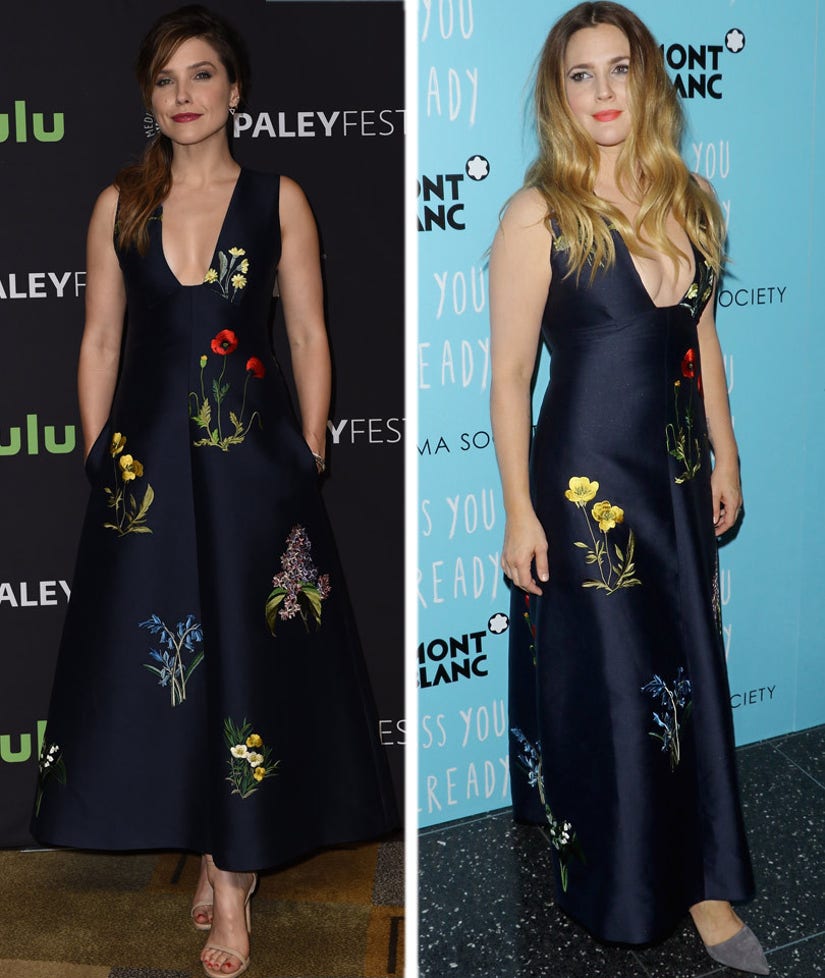 It's a style showdown between two A-list actresses!

Sophia Bush brought her fun, feminine style to the 33rd Annual PaleyFest in Los Angeles on Saturday. She looked picture perfect in a navy Stella McCartney dress with embroidered flowers, which she paired with nude Stuart Weitzman stilettos, Ilana Ariel earrings and a side ponytail.

But, the "Chicago PD" stunner wasn't the only star to wear this elegant ensemble!

Drew Barrymore put her own spin on the trendy threads at the New York City premiere of "Miss You Already" back in October. The actress kept her accessories minimal, completing her look with suede pumps, soft, tousled waves and a coral lip.

Both women looked fantastic in the show-stopping style, but we have to give the nod to Drew. We love how the dress compliments her killer curves! 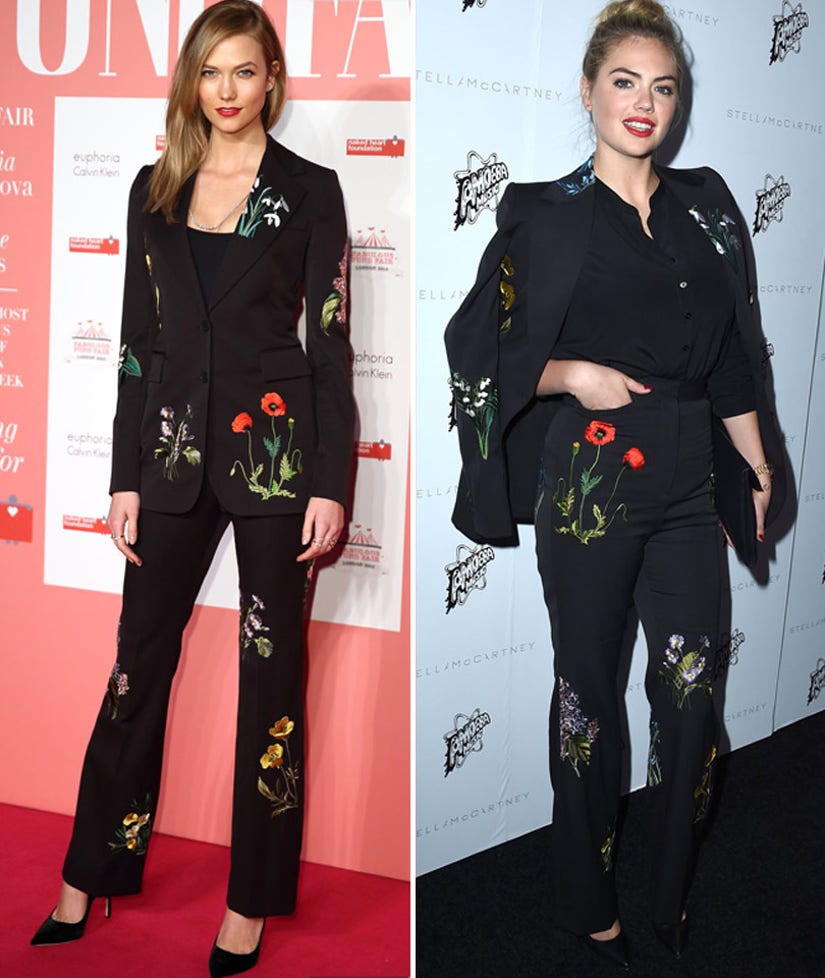 While Bush and Barrymore opted for the dress version, Karlie Kloss and Kate Upton added a modern twist to the pattern by sporting the pantsuit.

Kloss kept it classic with a black cami underneath and black pumps, while Upton wore her blazer as a cape and left it open to show off a glimpse of cleavage.

We're loving Kate's take on the trend on this fashion face-off, but who do you think wore it better? Cast your vote in the galleries above.