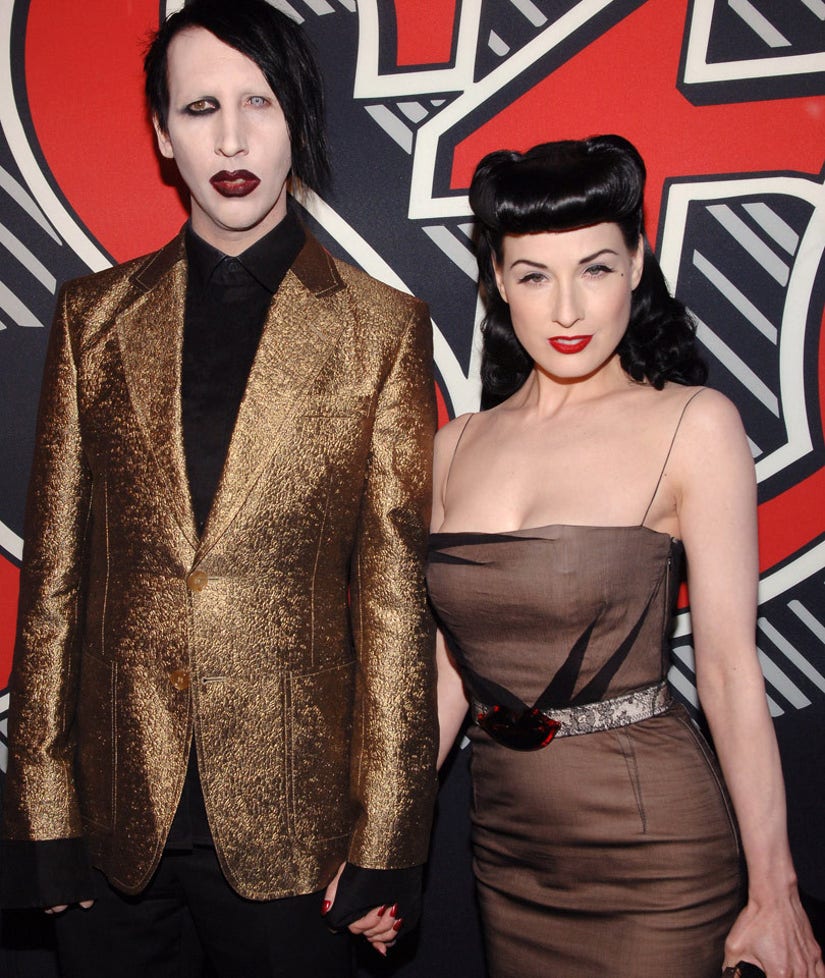 Dita Von Teese is getting candid on her marriage to Marilyn Manson.

On Wednesday's episode of "Kocktails with Khloe," the burlesque admits that her decision to marry the rocker was what ultimately led to the demise of their relationship.

"I was with him for seven years, we were married for only a year," she explains. "I feel like getting married was sort of like the kiss of death for us because it was sort of like the nail in the coffin. I felt kind of obliged to go through with the ceremony in a way."

The pair tied the knot back in 2005 with a lavish ceremony that took place at Gurteen Castle, Ireland. The unconventional wedding and her purple gown were even featured in the pages of Vogue.

Later in the show, Dita reflects on her relationship and working with the 47-year-old, and admits that the pair are friends today.

"He was super encouraging, there was a lot of cross-over in our careers," she revealed. "He encouraged all my eccentricities. He did a whole album that was burlesque-themed, we made music videos together."

"I can speak fondly about him now, if you would have asked me four years ago I would have shut it down," she laughed. "But we're friends now and it's fine."

Catch this episode of "Kocktails With Khloe" on Wednesday at 10pm on FYI!