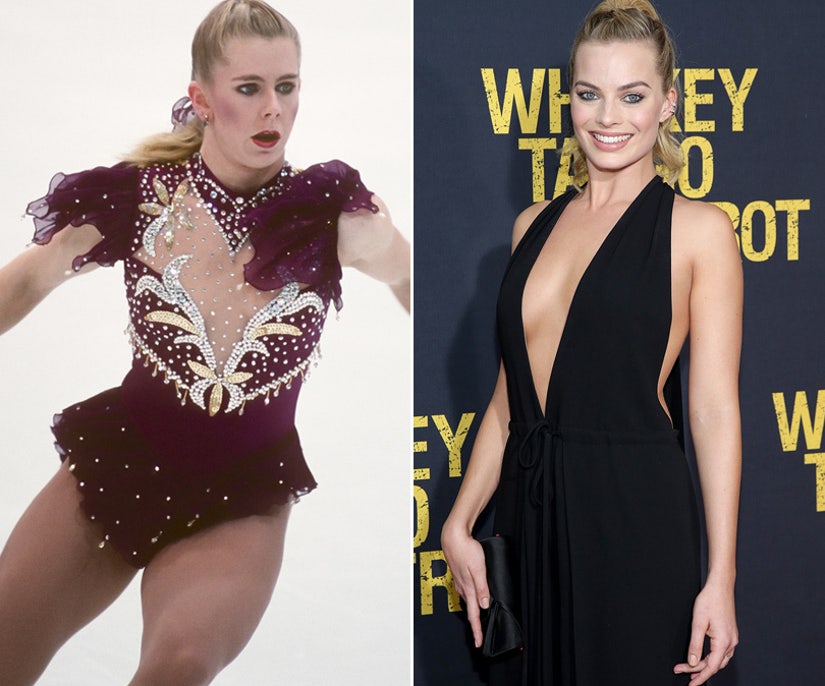 "The Wolf of Wall Street" stunner Margot Robbie is attached to a new flick about disgraced ice skater Tonya Harding, according to Deadline.

Before you ask "Whyyyyyyyy?!", think about it for a minute ... this has the potential to be something absolutely amazing, right?

So far, no additional details about the plot of the film have been released, but we can only imagine the script, which will be written by Steven Rogers, will cover her now legendary battle with fellow 1994 Winter Olympian Nancy Kerrigan.

Just a month before the games, Harding's ex-husband, Jeff Gillooly, and her bodyguard hired someone to break Kerrigan's legs. The skater only ended up with bruises and ended up winning the silver in Lillehammer, while Harding placed eighth.

Tonya later pled guilty to her involvement in the incident -- though, in the 2014 ESPN documentary "The Price of Gold," she said she had nothing to do with the planning of the hit. She was later banned for life from the United States Figure Skating Association.

In the years since, Tonya appeared on "Celebrity Boxing" and "The Weakest Link" and released a sex tape to Penthouse.

Robbie will also produce the upcoming film, which currently has no director attached.

Check out the gallery above to see what Harding looks like these days -- plus, more women of the '90s!