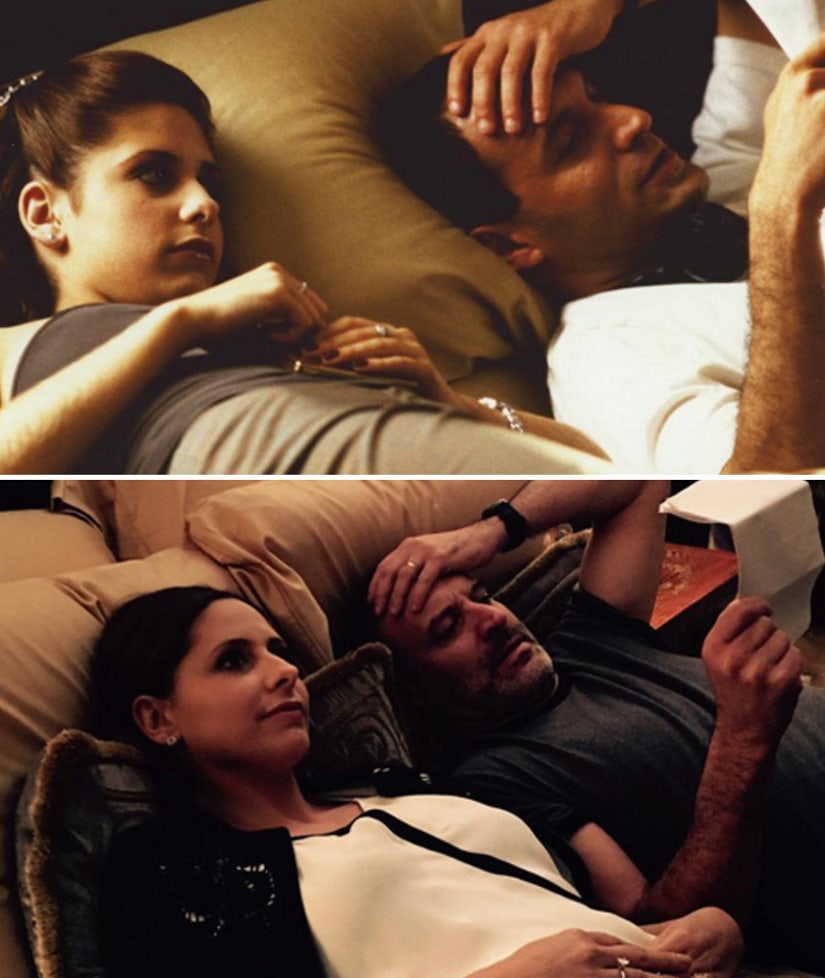 Sarah Michelle Gellar took to Instagram on Monday, to share the first photo from the set of the new "Cruel Intentions" TV series.

In the photo, SMG is pictured lying in bed with what looks like the director of the show in the still (below) which she cut with a shot from the movie (above).

"'Those who do not learn history are doomed to repeat it.' (Or in my case lucky to repeat it) #Crueltv," she captioned the snapshot.

Gellar officially signed onto the show last month to reprise her role as the deliciously evil Kathryn.

So far the "Buffy, the Vampire Slayer" alum is the only original star coming back to the series, but we'd LOVE to at least see a cameo from Reese.

Are you excited to see the "Cruel Intentions" TV show? Sound off below and check out the gallery above to see the rest of the cast then and now!