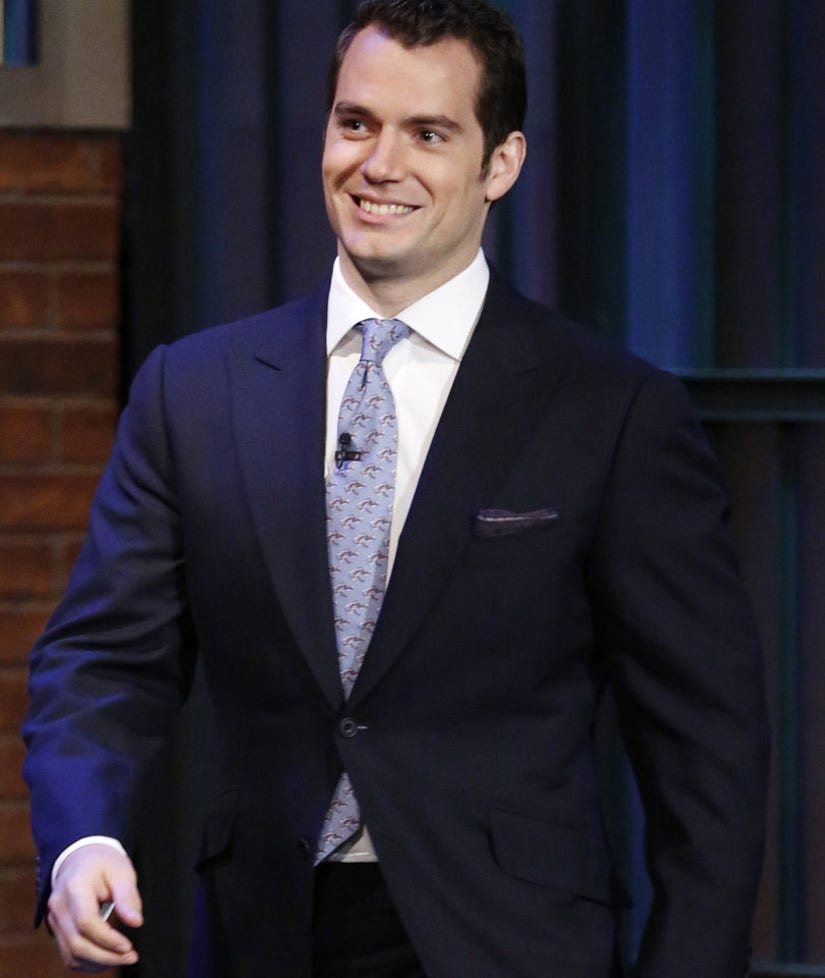 While "Batman v. Superman: Dawn of Justice" has gotten a mixed reaction, one thing we can all agree on: we hear the phrase "Henry Cavill naked" and instantly jolt upright.

Henry, 32, dropped by "Late Night with Seth Meyers" on Tuesday night, and while the dapper star kept his French-cuffed suit on, he did have some hilarious gossip about an evening when he wasn't so discreet!

Back when he first discovered he'd gotten the part of Superman in "Man of Steel," he went out and celebrated with his agent, before passing out in his hotel room.

The next thing he remembers was "the sound of my door closing - my hotel room."

"Of course, I then realized I was on the outside of my door," he revealed, "and I had no clothes on."

Apparently, Henry had gotten out of bed to use his restroom, but went through the wrong door by mistake!

It gets worse, though. Not only was Henry nude out in the hall, be he says he "needed to pee! And I was desperately thinking, 'Where am I gonna pee?'"

"So, I was looking up and down the hallway,” he gamely continued, “and I was checking out pot-plants and all sorts." After finding his way to the rooftop via the fire escape, he wound up faced with "a tennis court, which was all closed off."

In these desperate circumstances, Henry only had one option left, and took it. That's right, he peed over the side of the roof! "I felt like a little boy again," he quipped.

Then, to the next problem: re-entering his hotel room. Again, he had only bad options, and ended up riding in an elevator down to reception - still naked - and requesting another room key.

Throughout the exchange, the receptionist "doesn't bat an eye, doesn't even look up," said Henry, bewildered, "and I'm thinking, 'How often does this happen at this hotel?'"

"I was pretty sure that I was gonna have been caught on camera and lost the job," Henry admitted. As miffed as we are that we don't get to see that video, we're glad he kept the gig!

Although, not all fans are created equal. "There was one guy," Henry told Seth, "who chased me through New York. And every red light, he got out of his car, knocked on my window, and started shouting at people in the street."

The reason? "He just wanted an autograph! Or multiple autographs. I don't know."

You can catch "Batman v. Superman: Dawn of Justice” in theaters March 25th!