The "Keeping Up With The Kardashians" star is known for her signature plumped pout, but has the 18-year-old's kisser been looking even bigger these days? The reality star took to Snapchat on Monday to shut down claims she got even more injections.

"Everyone thinks I keep making my lips bigger, but this is them normally," she says in a clip above.

"And then this is when I push them out, do my little face," the teen adds, while showing off the duck-face she uses for selfies.

For further comparison, the youngest of the Kardashian-Jenner clan shared two more photos of herself; one with her lips looking "normal" and another with them fully "puckered" out.

She ended her story by saying, "The fact that we even still talk about my lips is so crazy."

The interest in Kylie's lips reached a peak last May, after months of speculation that the then-17-year-old had gotten lip fillers. During an episode of "KUWTK," the star finally confessed on camera that she had cosmetically enhanced her pout. 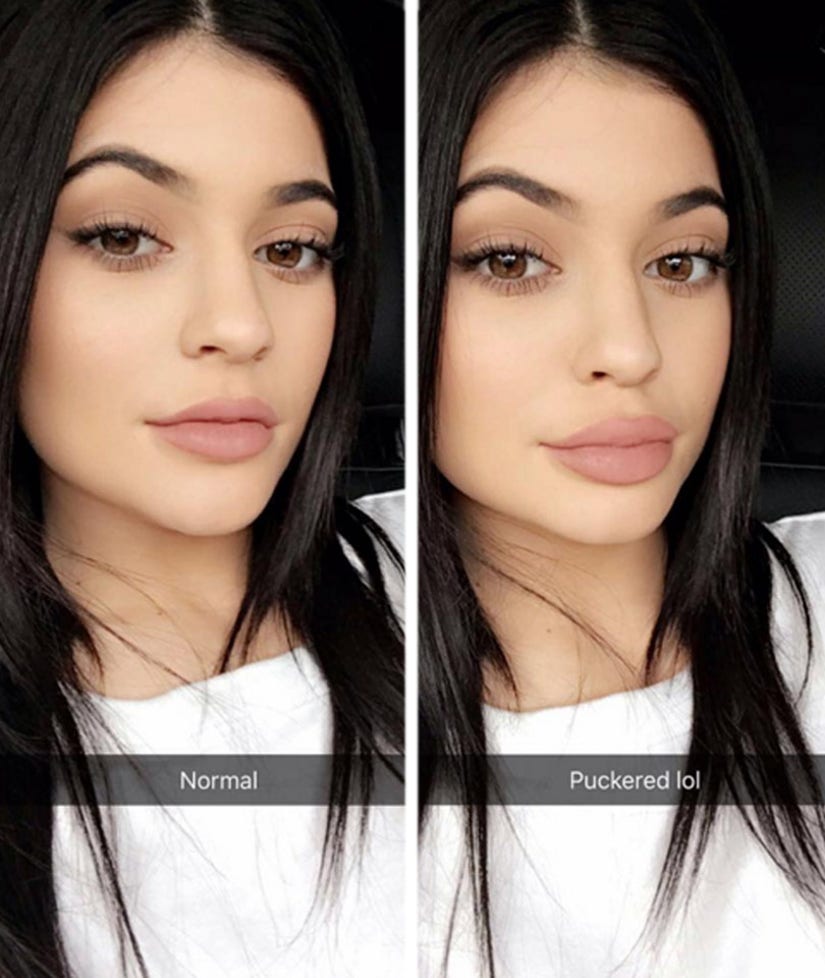 "I have temporary lip fillers, it's just an insecurity of mine and it's what I wanted to do," she says. "Everyone always picks us apart. I want to admit to the lips, but people are so quick to judge me on everything, so I might have tiptoed around the truth, but I didn't lie."

What do you think of Kylie's latest snap story? Tell toofab in the comment section below!