Warning: Do not read this post unless you want most of the biggest moments in "Batman v. Superman: Dawn of Justice" spoiled for you!

Opening this weekend, "Batman v. Superman: Dawn of Justice" has one big goal: setting up the DC cinematic universe.

With not-so-subtle Easter eggs teasing future solo films and the big "Justice League" team up in 2017, the flick is sure to excite fans who want to see some of the world's biggest superheroes on the big screen. While critics have been less-than kind in their reviews, it's still going to rake in A TON of money this weekend -- and leave a lot of fans scratching their heads about a few developments.

Now we're not talking about confusing plot points or odd character choices, though there are plenty of those here too. While "Why did Lois throw that spear into the water?" ranks high on that list, along with "Why doesn't anybody call Batman by his nickname after 20 years fighting crime?", here are the biggest questions we might actually be able to answer.

Got more? Sound off in the comments below! 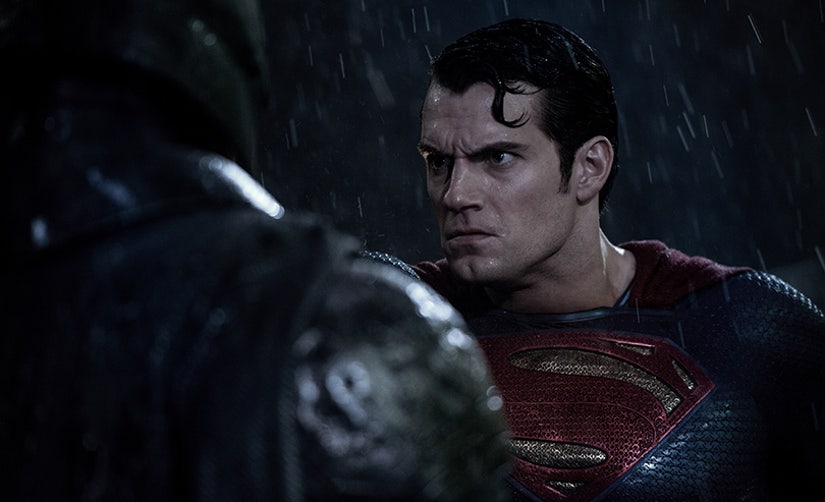 In the final battle with Doomsday, Supes sacrifices himself to save humankind.

He has not one, but two different funerals in his honor -- one for Superman, one for Clark Kent -- with Bruce Wayne, Diana Prince and Lois Lane all attending the one in Smallville to say goodbye.

But in the final seconds of the film, we see the dirt Lois throws on his coffin start to levitate, just like it does before he takes flight.

Obviously, there won't be a "Justice League" film without the Man of Steel, so Warner Bros. has gotta find a way to bring him back to life for the November 2017 flick. The question is: how is he still alive?

Earlier in the film, the red-caped wonder was seemingly killed by a nuclear warhead, only to slowly regenerate and fly back to Gotham in time to save the day. We're guessing the same thing happened here ... but the effects of the Kryptonite and level of injury just made him take longer to heal.

2.) What Was That Vision of the Future All About?

Bruce Wayne is riddled with nightmares throughout "Dawn of Justice" -- and one of them gave us a potential look into the future of the Justice League franchise.

In one post-apocalyptic vision, Batman spies a giant Omega symbol on the ground at one point, a symbol that usually belongs to one of DC's most brutal villains: Darkseid. Pronounced "Dark Side," this baddie is a major villain of the Justice League -- and will likely be who the group will face off against in next year's film.

Bruce is also seen battling an army of men sporting Superman patches, who are out to kill him and his duster-wearing gang of rebels. As the humans fight, giant insect-like creatures also swoop in to take out the resistance. These creatures are almost certainly Parademons, Darkseid's troops in the comics.

In this version of the future, Superman has teamed up with Darkseid ... but why? And has this future been averted by the end of "Dawn of Justice"?

3.) Who Warned Bruce Wayne About the Future?

After that particularly disturbing glimpse into the future, Bruce received another warning -- this time from The Flash.

Surrounded by bursts of flashing light, this time traveler (or dimension traveler, perhaps?) screams at Batman, telling him that Lois is "the key."

This seems to align with Batman being afraid of what Superman could be capable of if he turned to the Dark Side, something that may happen if anything happens to the love of his life, Lois Lane.

This scene left us with a couple other questions though. 1.) What is that suit Barry Allen is wearing? It looks far more mechanical we've ever seen the character in before. And 2.) Did his warning actually happen, or was it actually a dream? We see Bruce "wake up" again immediately following the message, but papers are still seen flying around in the background. 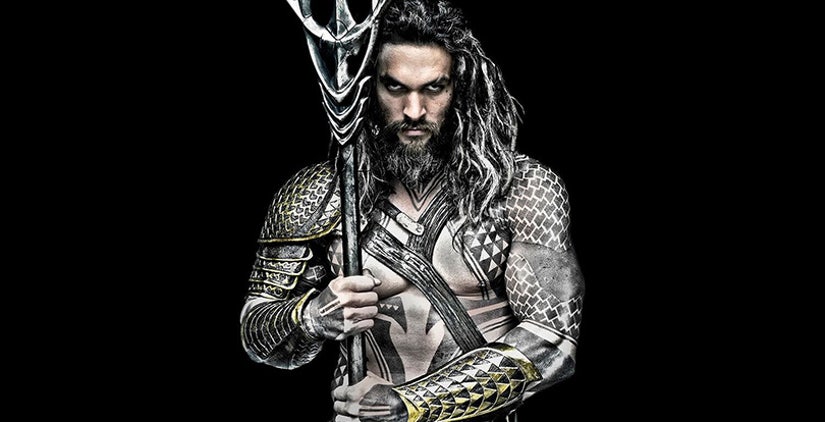 4.) Who Are Those Other Metahumans -- And When Will We See Them Next?

After stealing intel from Lex Luthor's computer, Wonder Woman comes across video files of other "metahumans." New clips of Aquaman, The Flash and Cyborg are all shown. With the exception of Wonder Woman, who gets her own solo film in 2017, these other "metahumans" will all next appear in "Justice League" next November.

For the Atlantean king, we get a glimpse of Jason Momoa flaunting his intricately tattooed body and luxurious locks inside a sunken ship. Yes, he wields his character's famous trident, before swimming away faster than a speeding bullet. His solo flick will hit theaters July 27, 2018.

Our second look at The Flash in action shows Ezra Miller's character witnessing a stick-up inside a convenience store. In one surveillance camera, Barry Allen is getting milk from the freezer, vanishes for a split second, then returns. In another, we see flashes of lightning stopping the robber. "The Flash" flick races onto the big screen March 16, 2018.

As for Cyborg, his video was definitely the strangest of the group. We see Simon Stone (Joe Morton Jr.) standing inside S.T.A.R. Labs. He's doing some sort of experiment on a torso in the background. In the comics, his son, Victor Stone, becomes Cyborg. As he talks to the camera, a mysterious metal box (a Mother Box, maybe?) explodes, and the pieces of it start to fuse to Victor's body, forming limbs. The video feed cuts to black. We won't get a solo film for Cyborg until April 3, 2020.

6.) Wait, Where Was Jimmy Olsen In the Film?

They don't mention him by name in the movie, but the credits list Michael Cassidy as the Daily Planet photographer.

So, where was he? Well, Jimmy is actually the guy who accompanied Lois to Africa in the beginning of the film ... the same guy who later got shot execution style after the bad guys find a hidden tracking device inside his camera.

6.) What Happened to Robin?

Inside the high-tech Bat Cave, Bruce takes a look at Robin's suit, which is seen covered in writing, presumably from The Joker. The writing reads, "HAHAHA JOKES ON YOU BATMAN."

It's clear he keeps it as a memorial, but why? What happened to him?

With The Joker's backstory playing a role in the upcoming "Suicide Squad" film -- which Affleck will also appear in -- we have a feeling we'll get some answers then.

One popular Internet theory suggests that the original Joker kidnapped and brainwashed Robin -- something that happened in the Arkham video games -- and that's who Jared Leto's actually playing in the upcoming flick.

But who knows, he could also just be dead.

7.) When Does Wonder Woman's Solo Movie Come Out?

Gal Gadot, hands down, stole the movie for us -- and got us INCREDIBLY pumped for her upcoming solo outing.

Her enthusiasm for the role showed and the character's theme music, fighting skills and that photo of her alongside Chris Pine only added to the anticipation.

Thankfully, "Wonder Woman" is the next DC flick to hit theaters, dropping June 23, 2017.

In that film, we're sure to learn why she went into hiding 100 years ago -- and maybe get a glimpse at the other "monster" from another world she battled back in the day.

8.) What's Lex Talking About at the End of the Film?

When Batman goes to scare the hell outta Lex in prison, the supervillain starts rambling crazy about another being "coming" for them all.

"He's hungry, he's found us, and he's coming, tick, tick, tick,” he shouts after the Dark Knight leaves his cell.

So, who is he? Our guess: Darkseid.

Lex probably learned about him after commandeering General Zod's ship, as it was filled with intel from planets throughout the galaxy. Something about Doomsday must have awoken him -- and, if Batman's dreams are indication, he'll be here soon.

What did you think of "Batman v. Superman: Dawn of Justice"? Sound off below!