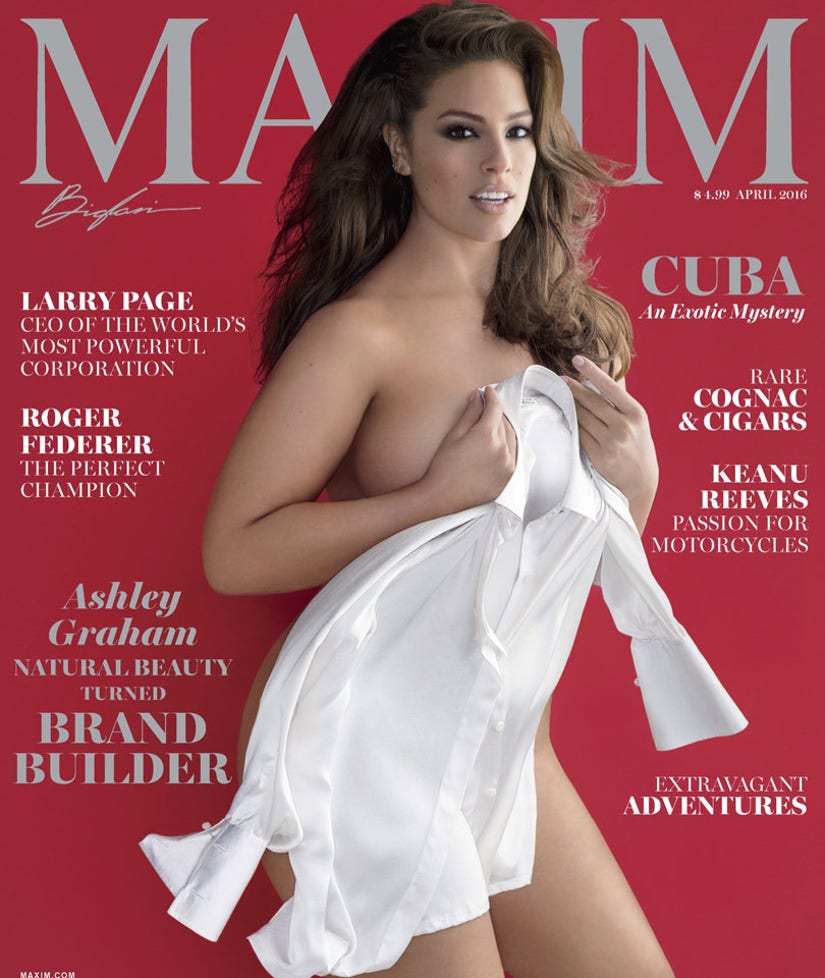 Ashley Graham is on fire!

The curvaceous beauty appears on her first ever cover of Maxim Magazine -- and strips down in a sexy shoot for their April issue!

The 28-year-old poses nearly nude on the cover, preserving her modesty for a white shirt. She rocks tousled hair and an intense smokey eye to finish off the sultry look. Another snap from the mag features the model in a racy pose rocking a lace bra and a booty baring thong (below). Kim Kardashian, who?!

In an excerpt from the interview, the model opens up about building her empire. "I know these celebrity entrepreneurs are just people," she tells the publication. "They've just been given the right opportunities and have soared with them. And that's what I'm trying to do. I'm in total build-the-empire mode right now." 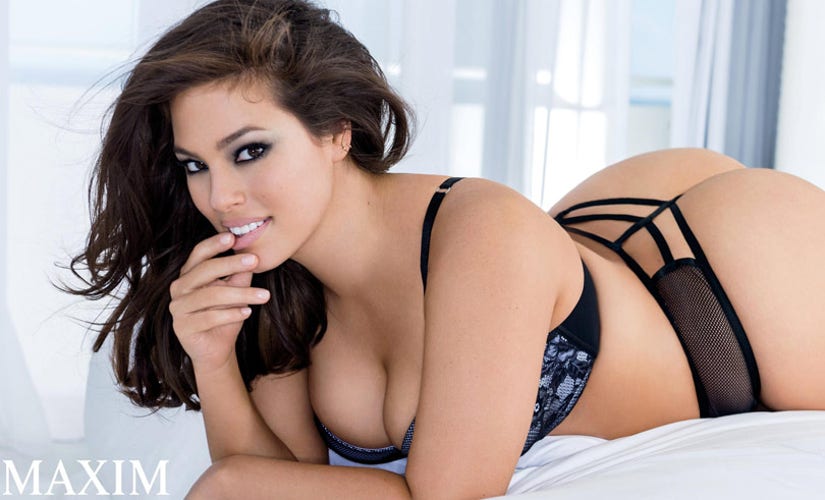 It's safe to say that the Sports Illustrated Swimsuit cover girl is well on her way. Not only has the star launched her eighth collection of lingerie for Addition Elle, but this month she dropped her Beyond by Ashley Graham clothing line for Dressbarn. Graham is also set to debut her first collection for SwimsuitsForAll in May.

Ashley made history last month, when she become the first plus-size model to cover one of three covers for SI's iconic swimsuit issue.

"I thought Sports Illustrated was taking a risk by putting a girl my size in the pages," Graham told PEOPLE of the honor. "But putting me on the cover? They aren't just breaking barriers; they are the standard now. This is beyond epic."

What do you think of Ashley's sexy Maxim spread? Tell toofab in the comment section below! 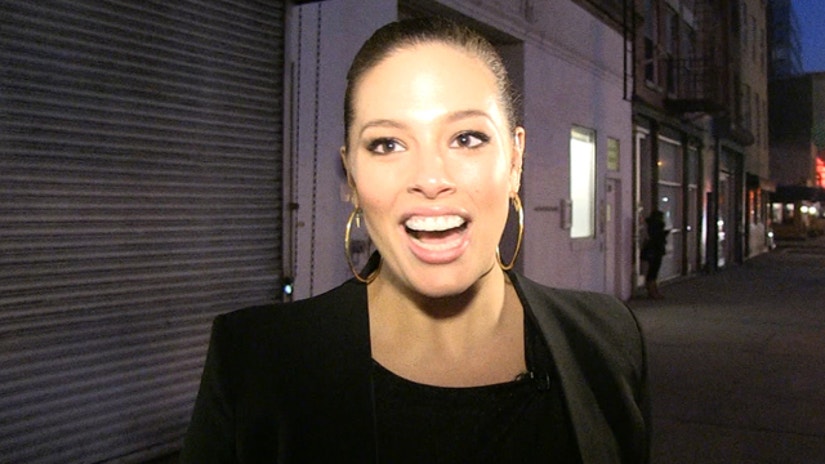